How Much Is Model Emily Ratajkowski's Net Worth? Details On Her Sources Of Income And Lifestyle 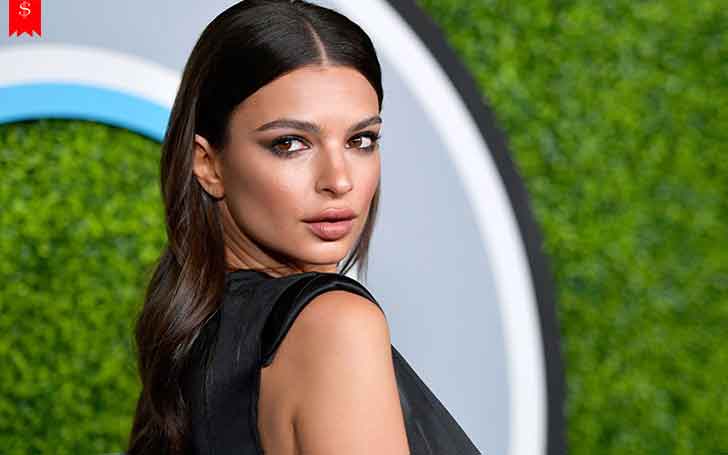 American model and actress Emily Ratajkowski became popular after posing series of nude and semi-nude photos on several magazines. Following the popularity, Ratajkowski starred in a number of music video including Blurred Lines.

As one of the highest paid models, Ratajkowski is earning an impressive amount of money from her career. How much is her net worth?

How Much Is Emily Ratajkowski's Net Worth? What are Her Sources of Income?

Emily Ratajkowski is a well-known American model and actress who rose to prominence after her sensual appearance in the music video Blurred Lines by Robin Thicke.

The actress worked on several projects so far earning an attractive amount of money. According to the Celebrity Networth, Ratajkowski has a net worth of $6 million. But according to the Richest, her net worth is $500,000.

She began her career at the tender age of 14 when she was signed by Ford Models. During her high school days at San Diego, she tried her best to get a role in Disney and iCarly. Eventually, she bagged the role of Gibby's girlfriend Tasha in the third season of Nickelodeon's iCarly.

After the graduation, the diva decided to dedicate her full time in the modeling. She started shooting for several fashion articles and appeared in the cover of several issues of the erotica and fine arts magazine treats. Thanks to the magazine, Ratajkowski got an opportunity to starred in two high-profile music videos. She appeared in the music video Blurred Lines in 2013 and later the same year she starred on Maroon 5's Love Somebody.

In 2014, Ratajkowski debuted in the movie industry in the psychological thriller film Gone Girl. The film was premiered at the New York Film Festival in September 2014. Other than that, she appeared on We Are Your Friends (2015), I Feel Pretty (2018), In Darkness (2018) and many more.

Apart from her modeling and acting career, she appeared on several commercials including Japan's multinational corporation Nikon and Carls Jr. fast food restaurant. She has promoted various brands as well from which she earned a decent amount of money.

Known as a sex symbol for her nude and semi-nude photographs, Ratajkowski was ranked in several polls about the beauty and fashion. In 2014, FHM listed her on 4 among the sexiest women. Likewise, Harper's Bazaar listed her on the top of its best-dressed list of New York Fashion Week in 2016.

The beautiful model Ratajkowski's personal affair has been kind of roller coaster ride. However, she is living a joyful life. She resides in a beautiful $2 million home in Los Angeles along with her husband Sebastian Bear-McClard. The 1,650 square foot house is completely modernized with an open and bohemian vibe.

Though Bear-McClard popped up the question without a ring, he and Ratajkowski said 'I do' in February 2018 after a few months of dating. Recently, the model revealed her stunning ring through an Instagram post.

The model is living her life to the fullest. Ratajkowski frequently goes for beach vacations with her friends.