How Much Is Actress Ali Wong's Net Worth? Know Her Sources Of Income And Lifestyle

Best known for her stand-up specials, and hit Netflix shows, American actress, writer, and stand-up comedian, Ali Wong is ruling over the industry since 2005. How much net worth has she accumulated from her career so far?

Along with her prosperous career, Wong is blessed to have a happy family, how's her lifestyle? We have all the details here.

How Much Is The Net Worth Of Ali Wong? What Are Her Sources Of Income?

The multitalented artist Ali Wong is enjoying her successful career as an actress, stand-up comedian, screenwriter, and author.

From her incredible journey, she is fortunate with an impressive income. According to multiple sources, Wong has an estimated net worth of $2.5 million. 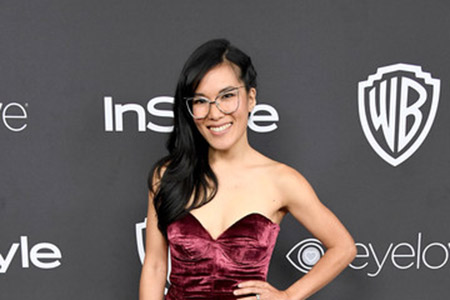 American Housewife star, Wong was pregnant when she did her very first Netflix stand-up special Baby Cobra which is one of her hugely successful shows.

The show was about all the pregnancy hurdles. The stand-up special brought her pretty attractive fortune.

The hit show was followed by her another stand-up special Hard Knock Wife. During the time, she had a daughter and was expecting her second baby. In the show, she addressed the challenges of breastfeeding, balancing family and career, and the need of three years of paid maternity leave.

Other than her stand-up shows, she notably starred on television series such as; Are You There Chelsea?, Best Week Ever, Black Box and more.  The comedian also appeared on The Tonight Show, John Oliver's New York Stand Up Show, Dave Attell's Comedy Underground Show and many more.

Besides her career as an entertainer, she is also into writing. As per the sources, she is writing a book which is scheduled to be published in 2018 about her experiences throughout her life.

Wong is blessed is married to Justin Hakuta-he is of half Filipino and half Japanese descent. The couple is living a blissful life with their two lovely children; a daughter Mari Hakuta born in November 2015 and a son born in January 2018.

Currently, the comedian resides in Los Angeles with her family.

How I miss Hawai'i

Wong doesn't possess an extravagant lifestyle but she definitely is living a decent one. She seems to be a foodie and loves to treat herself with delicious foods. She frequently goes on the outing with her husband and children.

Though there is no reliable information regarding her assets, we can say, she lives in a beautiful house and drives astonishing cars.