How happy are journalist Rebecca Jarvis & Matthew Pierce Hanson with 5 years of their married life? 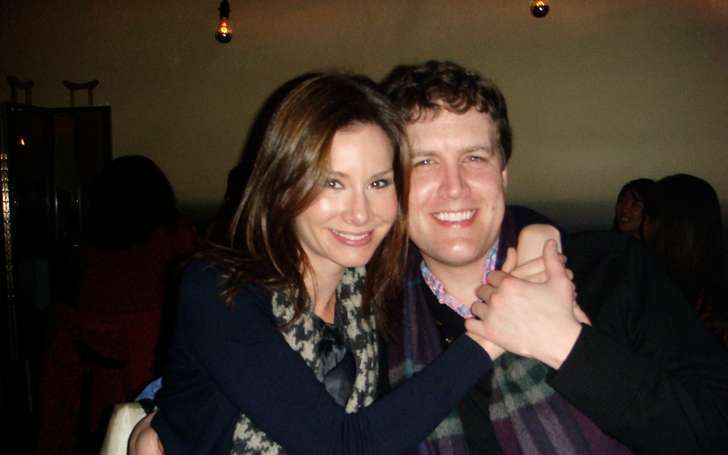 Rebecca Jarvis is an American journalist she is well known for financial news and information. She currently works at ABC news network. Jervis has often been a hot topic for people about her personal life. So, we are trying to reveal her personal life here.

Jervis married with her colleague of the University of Chicago and Co-worker of Investment Bank of Chicago. She is very happy in her married life they already celebrated the fourth anniversary together. She is managing her personal as well professional life smoothly. The couple has not birthed a baby until now.

The real name of her husband is Matthew pierce Hanson who is the son of L. Hanson. They were colleagues in graduation level but they did not date each other. According to Jarvis

I remember him as this guy's guy, always hanging out with a large group of friends and making them laugh.

After graduation, they worked together in an Investment Bank in Chicago in 2004 and knew each other more closely and started to date. In their marriage ceremony, he described her in this way,she was the funniest girl I ever met, there was an enormous depth to her personality and character that she did not reveal to a lot of people. I found that very appealing.

They made a happy ending of their eight years long date into marriage on 28 January 2012 at McNamara Alumni Center in Minneapolis at the time of wedding bride and bridegroom was 30 and 33 years respectively. Bridegroom is currently a partner in the New York office of GSV Asset management of wood side, Calif. responsible in high growth technology companies.

Jervis worked in America Securities in Chicago as an investment analyst with her husband before came into the media. Later she left banking career to pursue in journalism. She wrote the financial article for Crain’s Chicago Business to Business 2.0 as governor on the board of society of American Business editors and writers.

On March 7, 2006, the business news channel CNBC hired her as an associate reporter for the network. She served there till 2009. Then she joined CBC News as a financial reporter later she became the co- presenter of CBS show 'This Morning Saturday'. She left the CBC News on 30 March 2013 and joined ABC news.

Didn't quite make the age cutoff at @Forbes #Under30Summit Hope to be as full of energy and life as @AskDrRuth when I'm 88! pic.twitter.com/3OFiyzcqdk

Jervis is recently a chief Business, Technology, and, Economics news reporter at ABC news since 2013. She hosts and serves as a managing editor for the show Real Biz with Rebbeca Jervis at ABC. She is reporting for all the ABC news programs including Good Morning America, ABC World news Tonight, Nightline and 20/20 U.S. series etc.

Jervis is an exceptionally talented journalist. 35 years beautiful journalist lives with her husband in New York. In 2005 she also appeared in The Apprentice game show where she could not complete the series due to her  ankle was broke. One of the judges from that show was Donald Trump who is U.S. candidate of presidential Election 2016. The media has not published  conflicts and controversies about her married life. We can say Jervis is happy to get Hanson as her husband.