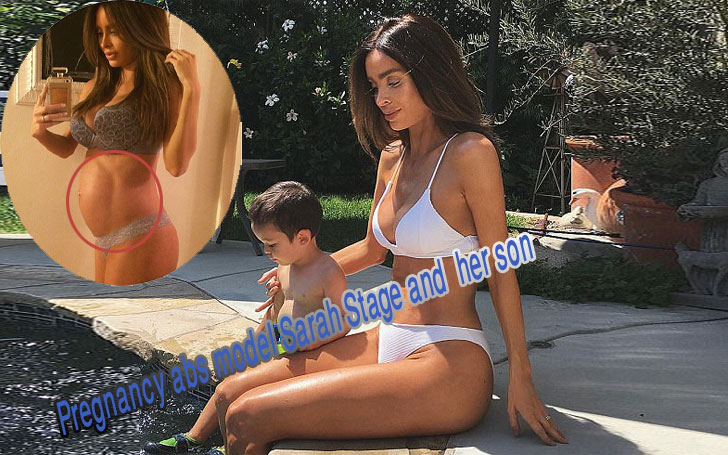 The super hot model Sarah Stage who impressed many fans with her fit figure and six-packs during her first pregnancy is once again pregnant with her second baby. Looks like the super fit mom is eager on growing her family.

Sarah Stage is Seven Months Pregnant with her Second Child

Thirty-three years old model Sarah Stage is growing the size of her family. She is expecting baby no.2 two with her husband Kristopher. Her first child James was born on April 14, 2015.

Sarah Stage with her husband Kristopher and child James

The fit model announced the news of her pregnancy through an Instagram post on 16 July 2017. The soon to be mom looked stunning while flashing off her barely-visible bump by pulling off her denim shirt.

She captioned the picture: "We are beyond excited for Baby #2!!! #5monthspregnant @dreamstatelive"

Back in 2015 during her first pregnancy, Stage was highly criticized because of her washboard abs when she was nine months pregnant. Critics even claimed that her ultra fit body would bring negative impact on her baby's health. Contrary to critics' belief her son was born healthy weighting 8.7lbs/22 inches.

Despite all the criticisms she faced during her first pregnancy, the lingerie model appeared in an orange bikini on her Instagram post on 1 August where she shared she has entered her third trimester with her baby.

Sharing her experience of being pregnant for the second time Stage said to PEOPLE:

“I have a little bump, but this time I’m carrying a little bit differently. The doctor says the baby is a lot lower.”

Expressing her excitement she added:

“I’m super excited that [my 2-year-old son] James will be a brother and have somebody to play with! [This pregnancy] has been so different. Having a toddler and running after him, I’m definitely a lot more tired. But I’m not complaining, I’m so excited!”

Sarah Stage also said that she is not worried about changing her figure during pregnancy and she will actively involve in working out as she already consulted with her trainer and doctor.

Sarah Stage criticized for Posting a Controversial Snap of her Baby

Not only during her pregnancy, Stage was criticized even after the pregnancy. Back in 2015, she shared a picture on Snapchat- a selfie of herself where her 8 months old baby, James, is on the floor which looks like a dirty department store dressing room. 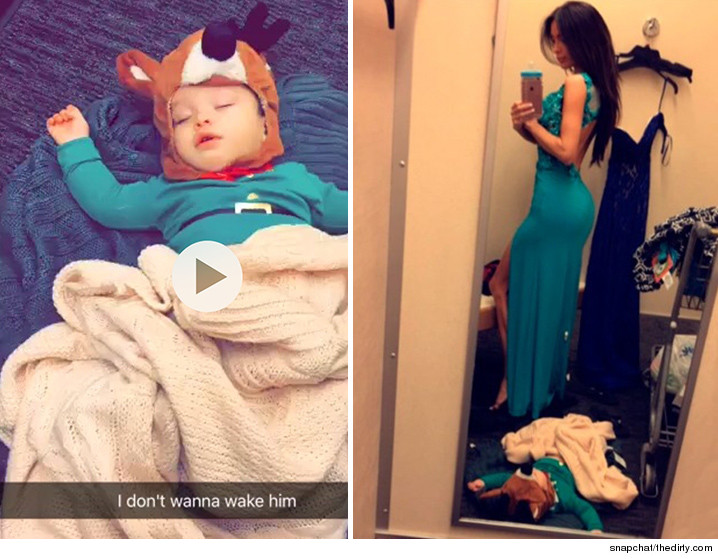 The photo was later published by thedirty.com and went viral on media. However, Sarah then shared a video and explained James was laying on on a clean blanket. She also added they were at a mall's dressing room in Sherman Oaks, CA for about an hour.

Let's hope Sarah Stage manages to stay out of controversy this time!