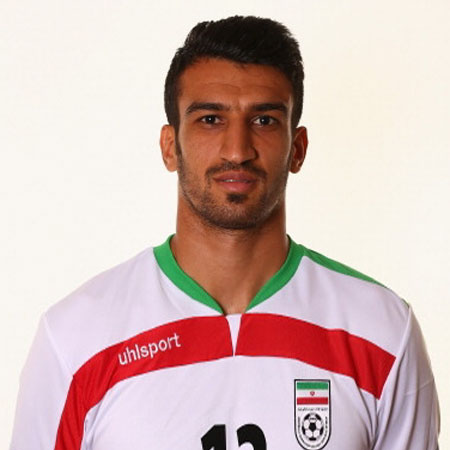 Hossein Mahini is known as one of the football player from Iran and plays for Iran’s Premier Football League's Persepolis and the Iran Football Team as a defender. He was born on September 16, 1986 A.D. in Bushehr, Iran. He plays from the position of right back and he is No.13 player in the team of Persepolis. Hossein Mahini has 1.84 m (6 ft 1⁄2 inch) height, weight about 70kg and has a good physic. He is also counted as one of the important player in his team.

He started playing football since he was a kid. Officially he started to play since 2001 A.D.  from a club named Iranjavan he played for this club till 2005. From 2005 – 2006 -2010 he played for another club called Esteghlal Ahvaz. These two clubs fall in his youth career. He also played for the national team Under 23 team of football from 2006 - 2007. Except these teams he played for Zob Ahan football from 2010 - 2012 and currently he plays for a club called Persepolis. On July 7 2012 he signed 2 years contract with a team called Tehran’s giants, Persepolis. He is very hard working player and also a good player for Iran. Mahini is now on his speed and crossing them all. He was invited by Mr. Carlos Queiroz in Iran National Football team for the first time. Previously he played for national team of Iran under 23. He also won bronze medal for the under 23 team. He was then first called into Iran's 2014 FIFA World Cup squad on 1st June 2014 by Mr. Carlos Queiroz.

He has got many medals in national games and international games. Mainly the honors and medals that he have got are listed below:-

Mahini is very smart fast and short player he is plays from the right back position and has a very good stamina in his games. He has scored 10 goals in total in national and international games. This means a lot for a defender right back player to score. He is very fast in his moves and tricks.

Mahini is currently single. This means there are lots of chances having his female fans. There are no rumors in the media or any other social sites about him. Mahini is very genuine and hard working player for Iran. Mahini has not revealed his salary or his income in social sites and media. Mahini is skilled footballer having good speed and vision in the game.