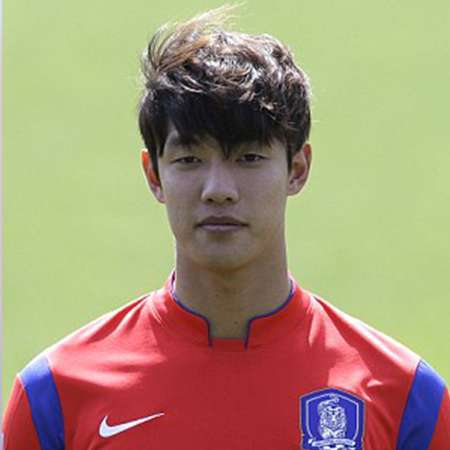 Hong Jeong –ho is a professional korean footballer. He was born in 12th August in 1989. He was born in Jeju of Nation South Korea. His crrent team is FC Augsburg and is seen playing in Bundesliga. He is currently playing from Centre Back with the jersey No.20. He is a popular Defender of the team. Apart from playing from clubs he is also an important member of the squad of national football team of South Korea. His family had a different scenario regarding football. His father was interested in football and thus they used to watch a lot of football games in television. Apart from that he was also influenced by the local teams that he had with whom he used to play football during his childhood. Even his brother is a footballer. They were inspired and supported by their father. His brother name is Hong Jeong-nam.

Although he was interested in football from very early age he got his early professional break though in the professional football when he was 21 years old. He first made debut in international football in the year of 2010.But he was accused of being involved in some betting scandals during 2011 South Korean football session. As per the rule he was out-casted out of the league match during the investigation. Later after a deep analysis and investigation it was realized that he was actually not involved in any sort of such activity that can be illegal. Actually some gangs had deposited around 4 million won money in his account which he had later returned. So he was declared innocent and also research team announced him legitimate to play the league and other national matches. After that he was transferred to FC Augsburg in 2013 in the month of September. The club was eyeing on him from a long time looking over his quality game. It is estimated that he was bought for around 2 million Euros from Jeju united. FC Augsburg signed a contract with him for 4 year in 2013 .

There is not much information about his marriage .But still his affairs and relationships gossips are not as much as hot issues as his football games are. He is mostly captured playing training sessions for his team in the ground. He was actually trying to be a soldier when he was young but being frustrated after several tries he switched to his passion field-Football. His height is 1.86 m and his weight is 71 kg.

He has just started playing from different clubs and his nation. So basically he has not yet kept any big records .But unluckily he was once dragged into betting scandal charge which later was declared pointless. He has been through around 170 matches and has recorded 4 goals. He has made one international goal as well..His annual Salary is 3 million Euros.