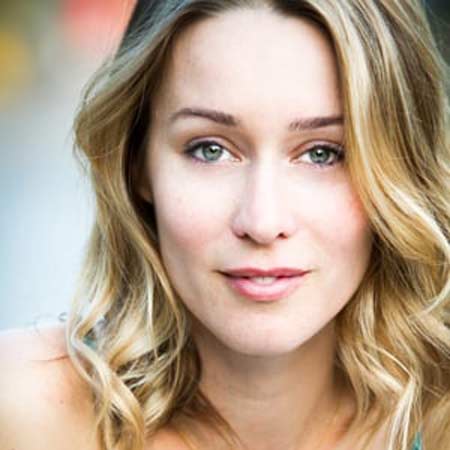 Hilary Jardine is a Canadian television actress who first came to limelight after her debut role on the USA network's television series PSYCH in 2006. She gained huge recognition and worldwide fame after her portrayal as Tessa in the entire season 3 of CBS's highly-rated television series Zoo. She is also mostly known for her work in Van Helsing and Somewhere Between. In 2016, she appeared in the Army of One.

Hilary Jardine was born on October 6, 1983, in Toronto, Ontario, Canada. She belongs to Canadian nationality and her ethnicity/race is White Canadian. Jardine has two brothers named Gavin Jardine and Ian Jardine.

Raised up in Toronto, Jardine studied at Dalhousie University and earned her theatre degree from there.

CAPTION: The Canadian actress Hilary Jardine is well known for her role in Zoo.  SOURCE: Listal

The actress reached the pinnacle of her career when she played James Wolk's love interest Tessa in the entire season 3 of CBS' popular television series Zoo. She appeared in the series alongside James Wolk, Kristen Connolly, Nonso Anozie, and Nora Arnezeder. She subsequently featured in Van Helsing and Somewhere Between.

Her other TV credit includes Hailey Dean Mystery: 2 + 2 = Murder, Van Helsing, Valley of the Boom, A Brush with Love, Morning Show Mysteries: A Murder in Mind. Currently, she is busy shooting on series Upload which is still in post-production.

Through her professional acting career, Hilary Jardine has made a good amount of money. She has not disclosed her exact net worth but some sources have estimated it to be around $500 thousand.

Who Is Hilary Jardine's Husband?

The 36 years old, Hilary Jardine is a very secretive type of person when it comes to sharing about her personal life.

She is not married yet but scrolling down her social media, we find her posting photos with a guy named Chris Welham. Judging by their Instagram post, the couple seems pretty much into with each other and often makes a post about their beautiful trips.

However, she has not made anything official. She is also an avid animal lover, owns a dog and a cat.

Furthermore, the actress loves to travel to new places and was spotted vacationing in different destinations as she is a nature lover.