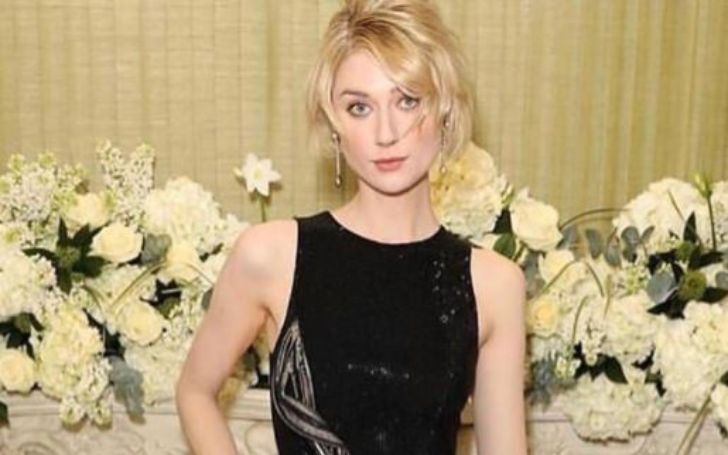 Elizabeth Debicki, an Australian stage, and film actress is famous for as one of the stars of Everest, released in 2015. She debuted in the film industry from the movie 'A Few Best Men,' released in 2011. Now, Elizabeth has a significant amount of money and a luxurious lifestyle.

So, in today's story, we will reveal her net worth and income sources along with her outstanding acting career.

What Is Elizabeth Debicki Net Worth?

The talented actress Elizabeth has an estimated net worth of $1.9 million. No doubt, her career is steadily reaching heights. The primary sources of her earnings are her films and television industries.

Some highlights of her successful projects are listed below:

She also earns a large amount from stage theater, sponsorships, and so on. Also, she is a brand ambassador for famous companies like 'Elle.'

Moreover, an active user of Instagram (@elizabethdebickinators) is reported to earn around $314.25 to $523.75 per sponsor post with an engagement rate of 7.47% as per Influencer Marketing Hub.

Elizabeth was interested in ballet dance from a very young age. While studying at the high school, she decided to pursue her career in theater. Then, she enrolled in drama at Victorian College of the Arts. She debuted in the film industry from the movie 'A Few Best Men, released in 2011.

In the same year, she was announced being a cast of the Baz Luhrmann film adaption,'The Great Gatsby.' Then, in 2013, she worked in a short movie, 'Gödel Incomplete', and a theater show with Cate Blanchett in 'The Maids'. Because of this role, she was awarded as 'Best Newcomer' by Sydney Theatre Award.

Similarly, in 2014, Elizabeth worked for several movies including,' The Kettering Incident, which will release soon. Also, she appeared in one episode of the Australian show, 'Rake.' 2015 was a very successful and busy year for Elizabeth because of films like 'Macbeth,' 'The Man from U.N.C.L.E,' and 'Everest.'

Furthermore, in 2016, she worked in the BBC/AMC TV Mini-Series adaption of 'The Night Manager, co-starring Hugh Laurie, who played her boyfriend 'Richard Roper.'

Elizabeth Debicki was born on August 24, 1990, in Paris, France, to a Polish father and an Australian mother of Irish descent. Currently, she is 31 years old and her height is 6 feet 2-inch or 190 cm tall.

The eldest of three siblings was at the age of 5 when her family moved to Melbourne. She is a 2007 graduate of Huntingtower School. Likewise, she also attended Victorian College Of The Arts and Faculty of Fine Arts and Music, University of Melbourne.

Talking about the 31 years old personal life, she seems single as of 2021. She has never talked about her relationship including her boyfriend, partner, and dating life with the media.

Also Read: How much do Rick and Marty Lagina earn from their TV show? Know their Net Worth