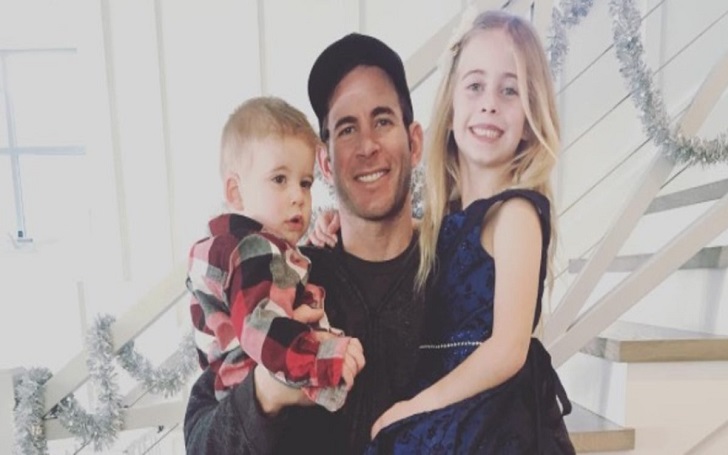 Flip or Flop star Tarel El Moussa is not having a good year. Just a few months after his divorce from co-star and wife Christina El Moussa, he has shared multiple posts on Instagram talking about his ''lowest point'' in life, it includes some serious health issues.

Tarek El Moussa made an Instagram post with a photo of himself since battling two types of cancer including a serious back injury.

He captioned the following picture:

NOT embarrassed to share!!! This was one of the absolute lowest points of my life!!” he wrote in the photo’s caption. “After beating cancer twice I had a horrific back injury. Over the course of 10 months I lost 50 pounds from all the pain meds which prevented me from wanting to eat and I was nauseous all the time.

After a show in 2013 where a viewer watching Flip Flop on HGTV spotted a suspicious lump on his throat and reported it to him, Tarek El Moussa was diagnosed with thyroid cancer. And around the same time, Moussa was also diagnosed with testicular cancer. He revealed all this information earlier this year. He has said that both these cancers are now in remission.

He had shared  a similar photo back in March with a caption:

I remember those days ... in this photo I'm pale white ... eyes are black ... and I was 169 pounds!!” he wrote of the photo. My clothing didn't fit and it looks like I'm wearing drapes! This photo is a reminder than anything is possible with hope.

El Mousa had taken to Instagram earlier this year sharing a photo of himself in ''a skeleton'' like condition for people to '' truly understand how absolutely sick I was.''

In addition to all these health issues, El Moussa ha to go through domestic drama. He and Christina El Moussa separated following a public debacle. The pair, however, continues to work together on the show.