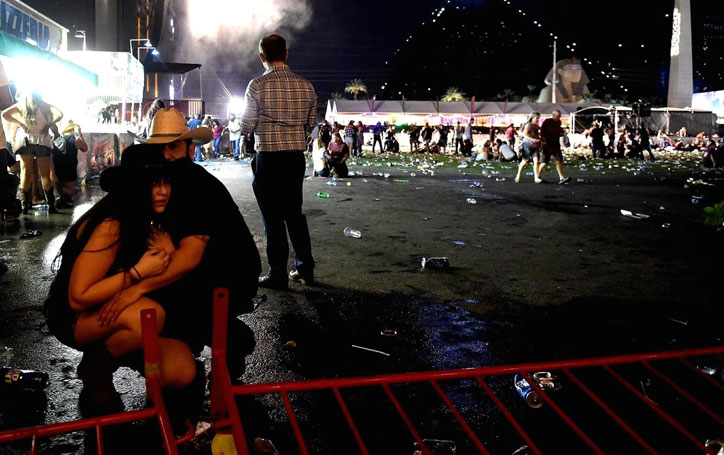 Jonathan Smith shot in the neck while saving lives in America’s deadliest massacre at Las Vegas attack. And he is likely to spend rest of his life with a bullet lodged in the left side of his neck.

The 30-year-old copy machine repairman was shot Sunday night while saving people after a multimillionaire took a massive arsenal of 23 guns and thousands of bullets and opened fire on the crowd at the Route 91 Harvest Country Music Festival in Las Vegas.

Smith was one of the lucky men to walk out of the hospital even with the severe injuries. Smith reached Vegas from Orange County on Thursday to celebrate the 43rd birthday of his brother Louis Rust. Smith was separated from his family as the gunman started to rain the bullets down on the crowd, but he selflessly helped a group of terrified people hiding behind police to safety.

According to the reports, Smith guided the group away from the lawn and to a more protected disabled parking area. Moreover, he stood up to cover some girls who weren’t fully hidden, and he got shot in the neck.

Smith suffered a cracked rib, a  fractured collarbone, and a bruised lung due to the bullet which is supposed to be lodged in his clavicle. Doctors also said it might have to stay at the place for rest of his life.

Smith has received much praise for his heroic act. However, he dismissed his new-found hero status. He said:

“I would want someone to do the same for me. No one deserves to lose a life coming to a country festival.

Smith is in a relation with Crystal Jones with whom he has three young children. His sister-in-law Tiffany Jones has raised a fund to help with Smith’s medical bills following the traumatic incident.