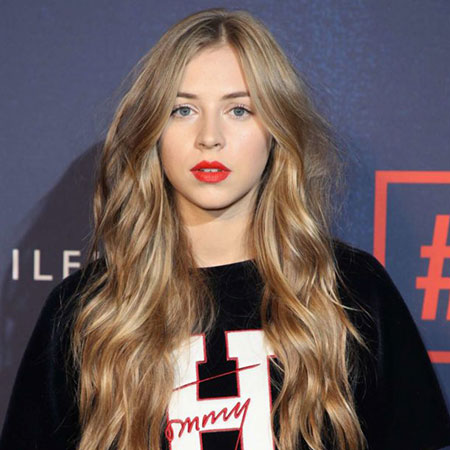 Her mother, Emma Willis is a Jermyn Street shirt designer. Hermione has two siblings, Isadora Corfield and Kai Corfield. She attended Downe House School in Cold Ash which is located near Newbury, Berkshire.

After her graduation from high school, she attended the University College London where she studied English literature. Later, she moved to New York and took method acting course at the Lee Strasberg Theatre and Film Institute.

She began her career as a model in 2009 and signed with First Model Management. She was interested in fashion and modeling from an early age where she was inspired by her mother’s profession as a costume designer. Later she left her modeling job and started acting.

In 2014, she debuted in the film industry with 50 Kisses by Sebastian Solberg. Following year, she performed a portrayal role in Mr. Holmes along with other stars including Ian McKellen and Laura Linney. She also made her appearance in the 2015 movie Mission: Impossible – Rouge Nation.

Hermione also worked on an ITV drama The Halcyon as Emma Garland in 2017. In 2018, she appeared on a British Comedy Slaughterhouse Rulez with other stars Asa Butterfield, Finn Cole, Michael Sheen, Nick Frost, and Simon Pegg. She is currently working for her upcoming movie Born a King and The Misfits.

Hermione Corfield's exact net worth is still under review, however, some online tabloids like wikinetworth have estimated her net worth to be around $1 million in early 2019. She amassed the whopping net worth from her short acting career which is supported by her modeling career.

Hermione Corfield is currently 25 years. She has remained secretive about her personal life and relationship status. Corfield is not married and not known to be dating any man at present.

But, according to the source, she reportedly dated Andreas Shaw, a musician for many years. She also shares a studio apartment with him in East London. They were also spotted spending their quality time and enjoying each other’s company in Hochfugen, Austria.

Getting ready with @lancomeofficial @bafta

On March 10, 2016, The Fallen Series tweeted a photo claiming Hermione was dating Andreas. After the post on Twitter, many news tabloids started claiming them to be an item. But the alleged couple never addressed their relationship rumor.