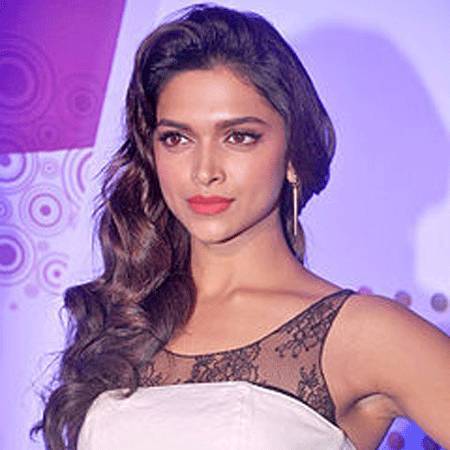 Award-winning Indian film actress Deepika Padukone is one of the highest paid actresses in Bollywood industry. She is also one of the India’s most popular and attractive personalities. She is a very talented actress who has earned several of the awards and acted in numbers of Hindi movies.

Deepika Padukone was born to parents Prakash, who is a former badminton player of international repute and mother Ujjala, who is a travel agent. She has one younger sister, Anisha. She is a professional golfer. She was born on January 5, 1986, in Copenhagen, Denmark, and her family relocated to Bangalore, India when Deepika Padukone was a year old.

Deepika Padukone went to Sophia High School in Bangalore and has completed her university education at Mount Carmel College. She then joined to Indira Gandhi National Open University for Bachelor of Arts, which she had to quit later because of her modeling career.

Deepika Padukone admitted she was a socially awkward child and did not have many friends when she was young. She had a timetable where it’s all about playing badminton and go to school. She thought she was focusing on badminton all because it ran in the family and asked her father if she could change her focus. Therefore, in 2004, she began a full-time career as a model.

In her early career, Deepika Padukone had modeled for a soap commercial called “Liril” which eventually opened her way to model for various products and brands. She made her runway debut at Lakme Fashion Week for designer Summet Verma and won the model of the year award which led her to pose for the 2006 kingfisher calendar.

Deepika Padukone was featured in Himesh Remshammiya’s song Naam Hai Tera making her way to debut in movies. Feeling inexperienced in acting, she joined at Anupam Kher’s acting academy and by the end of 2006, she got a role in Farah Khan’s blockbuster hit Om Shanti Om opposite to Bollywood’s King Khan Shah Rukh Khan.

Deepika Padukone is a family person meaning she has a close bond with her family. She regularly visits her parents in Bangalore though she is living by herself in Mumbai. Deepika Padukone started a romantic relationship with her co-star, Ranbir Kapoor while filming the movie Bachna Ae Haseeno in 2008.

Deepika Padukone used to speak openly about the relationship and has the tattoo of his initials done on the nape of her neck. There were rumors back then that the couple is getting married which she cleared saying she has no any plan to get married within the next five years. After a year of her relationship with Ranbir, the two broke up. The reason is assumed to be Ranbir cheating on her from a comment she made in an interview.

After a couple of years, Deepika Padukone started dating with Bajirao Mastani actor, Ranveer Singh. She initially used to decline the report stating “she is not in a frame of mind to be in a relationship” but later she accepted Ranveer and started the relationship.

Since she is a media magnate, there have been various rumors on Deepika Padukone on the internet. Recently, there is a rumor as a hot buzz in B-town that Deepika has broken up with Ranveer Singh. The rumor is addressed to be false.

Besides acting, Deepika Padukone is a prominent celebrity endorser for several brands and products. She has participated in several stage shows and also writes columns for an Indian newspaper. She has her own clothing line for women and is the founder of The Live Love Laugh Foundation, which creates awareness on mental health in India.

The sensational Indian beauty Deepika Padukone earns a very handsome salary for her works and has a very high net worth. With a very beautiful height, dazzling eyes and charming smile, she has been able to be the heartthrob of many people.

Deepika Padukone is available on Facebook, Twitter and Instagram. She is seen updating her post and uploading her pictures on her social accounts which has been helpful to her fans to get updated with her activities following her in her accounts.