Hellion Star Josh Wiggins' New Movie to Come Out This October-What is His Net worth? Details About his Career and Girlfriend 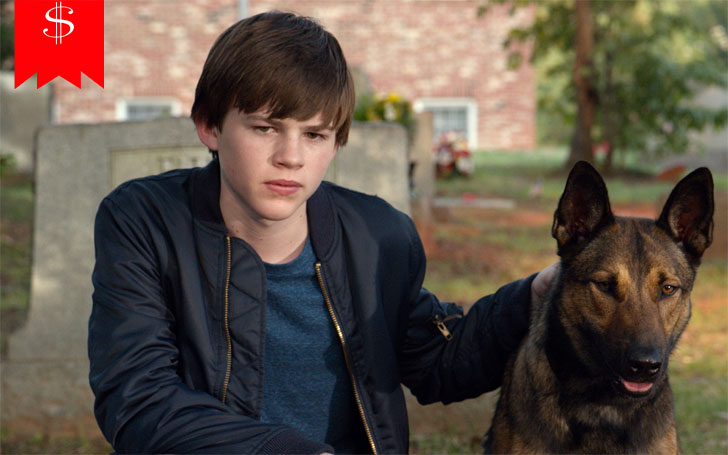 They say, in Hollywood, it doesn’t matter whether you’re new or old, you have connections or not, if you have talent and ability to prove yourself then there’s a place for you. Josh Wiggins, the child actor who grabbed everyone attention with his acting in Hellion (2014) alongside Aaron Paul and Juliette Lewis is a good example of how welcoming Hollywood can be to new talents.

Josh Wiggins is now a well-known name in Hollywood. So, how much has this new talent earned so far? We're discussing Wiggins' net-worth and career earnings here!

How Much is Josh Wiggins' Net worth?

As per sources, Josh Wiggins, the star of the Hellion, has an estimated net worth of $500 thousand. Considering the fact that it's only been 3 years since Wiggins started his acting career, his net worth is impressive.

Josh Wiggins is an inspiration for all the aspiring child actors out there. The funny and down to earth teenager from Texas who went on to become a name in Hollywood has been a fan of Television world and films since his childhood.

How did Josh Wiggins Become a Child Actor?

Josh Wiggins became an actor mainly because of his spoof videos on YouTube. He was just killing time with his friends creating Law and Order spoof videos for fun which he later uploaded to his YouTube Channel. Kat Chandler, the writer, and director of the drama film Hellion, accidentally came across the videos, he was so impressed with Wiggins' acting that he asked him to audition for the film. Chandler believed Wiggins was the face and charisma she needed in her film.

Wiggins went on to win millions of hearts, he was even tagged as the young Leonardo DiCaprio.

The 19-year-old charismatic young actor is having fun with his work and living his life. Plus, he's made good money now! But, what about his love life? Does he have one?

Who is Josh Wiggins in love with?

If you follow Wiggins' on social media, you know that he's totally in love.  Wiggins is open about his relationship and frequently posts pictures of his girlfriend on his Twitter and Instagram.

Josh Wiggins' Instagram and Twitter are flooded with photos of his girlfriend Emma Goins. It looks like a regular teenage romance- they have fun together, go out and are extremely fond of each other.

What is Josh Wiggin Doing These Days?

Josh Wiggins is busy with work, i.e. acting. His new movie Walking Out is about to release on October 6, 2017, it is an American drama film directed by Alex & Andrew Smith.

We wish him good luck for the release and hope to see more of his works in the days to come!