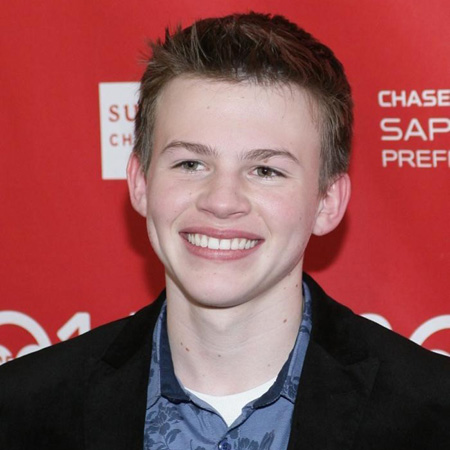 The artistic actor was born on November 2, 1998, in Texas, U.S. He holds the American nationality and belongs to White American ethnicity. His birth sign is Scorpio.

Wiggins came into limelight when he first made his feature movie debut in the Sundance hit, Hellion which was directed by Kat Candler. He was discovered for the role when Kat found him on YouTube.

Wiggins movie entitled Hellion was premiered at Sundance Film Festival in 2014 and his performance was praised by numerous critics. Along with Josh Duhamel, he co-starred as Louis in the action movie Lost in the Sun. The movie was released in 2015. Before he was selected for Hellion he was signed by the prestigious United Talent Agency.

Moreover, Josh took on the lead role as Jonas Ford in the Canadian-filmed Mean Dreams, which profiles two runaway teen lovers alongside co-stars Colm Feore, Bill Paxton, and Sophie Nelisse. He starred opposite Matt Bomer and Bill Pullman in the drama entitled Walking Out. Recently in 2017, he is expected to reunite with Julie for The Bachelors, which also features Oscar winner J.K. Simmons.

The young actor, Josh is pretty uptight in sharing his personal life with the outer world. From his early age, he was interested in becoming an actor and was fully supported by his family members with his decision. With the success of YouTube videos, he thanks his supportive family for kick-starting his career.

Josh’s brothers were a big part of helping him to prepare all those YouTube videos. Regarding his affairs, he is not found dating anyone. Currently, he is single and is unmarried.

As Josh Wiggins is a popular child actor, he has been involved in several movies. His net worth is reported to be around $500 thousand. Josh is 5 feet 1 inch in height and weighs approximately 43 kg. He has Light Brown colored hair with Brown colored eyes.