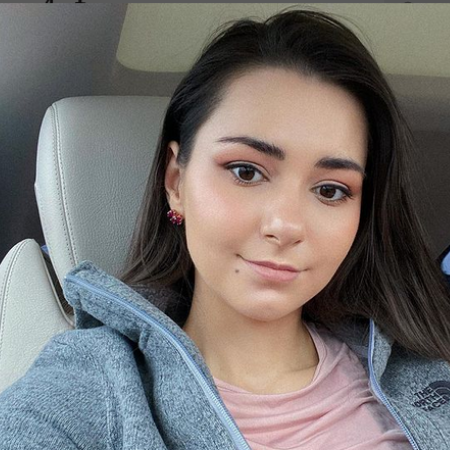 Helga Lovekaty is a Russian fitness model, actress, and social media star. An Instagram influencer, Lovekaty has more than 4.1 million followers; not to mention, she already has her charm on TikTok with more than 327.3K followers.

No doubt, the model earns enough to live a comfortable life. Also, she is known for her romantic relationship with a Columbian football player, James Rodriguez.

Where Is Helga Lovekaty From? Age, Height & More On Her Early Life

Helga Lovekaty was born on 7 April 1992 in Saint Petersburg, Russia, which makes her 29 years old as of  March 2022. Her birth sign is Aries. Her name Helga means holy or blessed in German.

As for her nationality, she is  Russian & comes from a white ethnic background. Lovekaty is the eldest of two children & grew up with her younger sister, Daria. Though further details on her parents is yet to be out, except they have Christian belief. 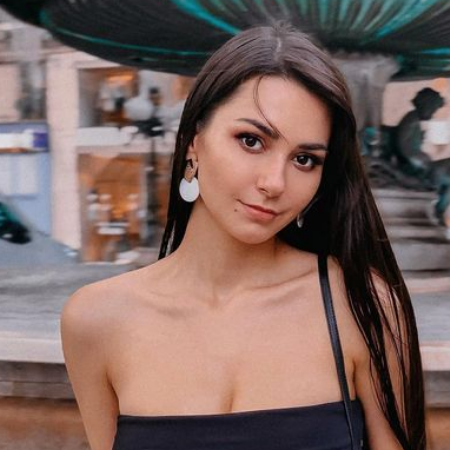 The Instagram model has a height of  5 feet 7 inches (175 cm) and weighs around 60 kg. Similarly, she has a slim body figure & has body measurements of 34-24-36- no doubt, it's thanks to her love for fitness. She has beautiful brown eyes with brown hair.

Helga Lovekaty Net Worth In 2022: Is She a Millionaire?

The model herself hasn't spoken about her exact net worth and earnings. However, Helga is estimated to have around $500 thousand. Her major income source is her modeling career. Reportedly, her career began in 2013 while she shared her photos on her social media handle. Eventually, the actress was spotted by the photographer Aleksandr Mavrin, and she got a chance to shine.

Lovekaty has already worked with modeling agencies, including Marvin Model. Further, she has collaborated with different brands related to fashion, sports, makeup, and skincare. Also, Helga has appeared on the cover of various magazines. The average salary of a Russian model ranges from 438000 RUB - 143000 RUB per month, and Lovekaty might be earning in the same range. No doubt, the model earns enough to live a comfortable life.

Moving onwards, the 29 years old Instagram star has 4.1 Million followers on her Instagram account up to the writing of this article. She charges $8162- $13602 per sponsorship post with an engagement rate of 2%. Similarly, Lovekaty is the actress in the 2015 film Hardcore Henry. The action/sci-fi movie was released on 7 April 2016 in English and Russian languages. The movie was made on a $2 million budget and collected $16.8 Million, proving it a blockbuster.

Meanwhile, her current boyfriend, James Rodriguez, has $80 million. His major income source is his successful football career. The 5 feet 11 inches tall soccer player has been active in the sports field since 2001. He has played for Envigado, Banfield, Porto, Monaco, Real Madrid, Bayern Munich, Everton, Al-Rayyan, Columbia U17, Columbia U20, and Columbia.

Who Is Helga Lovekaty's Boyfriend?

Helga Lovekaty is currently in a relationship with her boyfriend, James Rodriguez, a Columbian football player. The duo started dating in 2017. Further, the beautiful couple is often captured in media cameras flaunting their charismatic chemistry. Helga is often spotted supporting her boyfriend in different matches. Regarding her past relationships, no information is found.

On the other hand, her love interest, James Rodriguez, was previously in a marital relationship with a volleyball player, Daniela Ospina. The couple met while James was playing for Banfield. Similarly, the pair exchanged marriage vows in 2010 and welcomed two children.

However, they separated split after 6 & a half years of marriage and filed for divorce in summer 2017.