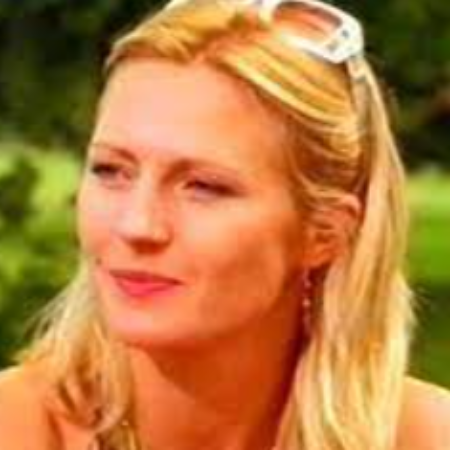 Helen Grace is an English actress who gained wide recognition for portraying Georgia Simpson in the Channel 4 soap Brookside. Likewise, the actress has prominently starred in the drama-mystery film Killing Me Softly. Her other successful acting credits include Poirot, Bad Girls, The Vanishing Man, and Hetty Feather.

Helen Grace was born Helen Victoria Scragg on August 20, 1971, in Watford, Hertfordshire, but raised in Northwood, England, the United Kingdom.

She completed her schooling at St. Helen's School and later took acting training at Drama Centre London. She holds English nationality and belongs to white ethnicity.

Grace landed her first career role (uncredited) in the film The Leading Man in 1996. She came to the limelight after she appeared as Georgia Simpson in the Channel 4 soap Brookside in 1996-1997.

Similarly, she appeared as Sara Maddington in the TV series The Vanishing Man in 1998, followed by her role in the television film Passion Killers.

Some of her other TV series and films include Bad Girls, Heartbeat, Cold Feet, and Shiner. In 2002, she starred in the drama-mystery film Killing Me Softly.

From 2002-2005, the actress was cast in the television series The Bill. Likewise, she was seen as Pippa in the TV series Respectable in 2006.

In 2012, she played Elizabeth Morrison in the series Hollyoaks. She notably appeared in the television series Doctors from 2005-2013.

Grace was featured as Lady Asquith in the drama-family series Hetty Feather from 2015 until 2016.

Brookside actress is believed to have an estimated net worth of $1 million as of June 2021. She accumulates a majority of wealth from her professional acting career.

Since debuting in 1996, the actress has been part of TV series and films like Poirot, Bad Girls, The Vanishing Man, and Killing Me Softly. There is no doubt; she earned a good amount from her acting credits.

Who Is Her Husband? Proud Mother Of Two

The 49-year-old actress is married to her long-time boyfriend, Timothy Watson. By profession, he is also an actor known for The Archers and Xenoblade Chronicles.

The couple dated for a few years and later exchanged wedding vows. As per Wikipedia, they have share two children, however, the details are not available.