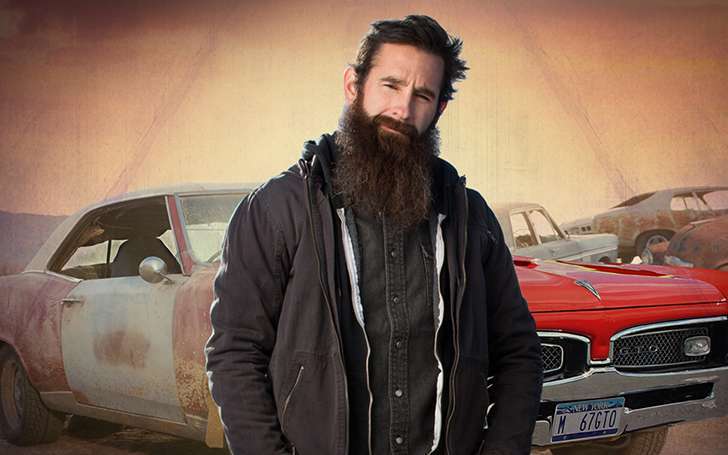 The thirty-five-year-old American television personality Aaron Kaufman is best known as a member of Gas Monkey Garage team in Discovery Channel's series Fast N' Loud Gas Monkey Garage. One of the prominent actors of the series Kaufman, however, decided to leave the show after the 2016's season ended.

The record-holder of The Cannonball Run Kaufman left the television show after four-year-long association with it. Now the speculations have been made who will replace the heart of the show Aaron Kaufman. Aaron recently launched kickass fabricated shop arclightfab.com.

One-half of the famous Discovery's Show Fast N' Loud, Aaron who was the part of the show since day one decided to leave the show in December 2016. It wasn't an easy decision for Richard Rawling too; as it wouldn't be easy for him to move the show without The Bearded Wonder.

After the news of his departure from the show was out, the official site of the Gas Monkey Garage shared a statement announcing his departure as:

It's a big hit to GMG, but please note that it would be an insult to everyone here at here at Gas Monkey who has been putting in the work these past few years to say that we can't do it without him.

In an interview after his announcement, he opened up about the reason behind his decision of quitting the show and said:

On top of that there were some growing personal issues and professional differences of opinions and so I decided the time had come and I could see the fork in front of me.

What is his next plan? What would he do after leaving the show? Most of his fans secretly want to know the fact. He made it easier for his fans to know about his future plans in an interview. Here are the five facts about Aaron Kaufman you may be interested to know.

He said he had been a passionate lover of cars and he is going to open his own business manufacturing parts for classic Ford F100 trucks. He also recalled being all into big trucks and said he was a Ford Guy from his early days.

The former Fast N' Loud's actor Aaron is a popular figure in public, however, his personal life is still under the radar. As per source, he hasn't got married yet but he stays in a relationship with his partner Lauren Moore.

The couple is sharing their togetherness since 2013 and is in a live'in relation. Lauren also appeared as a guest on an episode of the 2014's season of Fast N' Loud. He previously dated Lindsay J for almost three and half years.

Aaron also has revealed that some channels are approaching him with some new show scripts, but he clearly hasn't mentioned if he is ready to take on another Vehicle Engineering show so far. Stay with us, as we promise to be back with the big revelation regarding Aaron's forthcoming show soon.