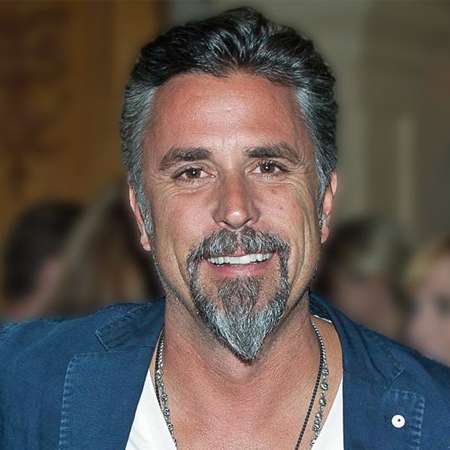 Richard Rawlings, an American entrepreneur, race car driver, as well as a media personality, is known for the reality show Fast N' Loud. The show airs on the Discovery channel, he appears on the show with Aaron Kaufman. He is the owner of the Gas Monkey Garage, Dallas, Texas. In May 2015, he published his autobiography titled Fast N’ Loud: Blood, Sweat, and Beers.

Richard Rawlings was born on 30, March 1969 in Fort Worth, Texas, under the birth sign Aries. He was always interested in cars and even as a child he along with his father used to construct cars. He purchased his first automobile at the age of 14.

His dad was a major influence on his passion for cars and had to work two or three jobs just so he could afford a car or motorcycle of his own.

Do you wanna know how rich is Richard as of 2020? Click the video below and find out for yourself:

Richard Rawlings went to Eastern High School. At the beginning of his career, he worked as a firefighter, Law enforcement officer, and also a paramedic till he was 21.

Richard holds the American nationality and regarding his ethnicity, he is White.

In 1999, Richard Rawlings started his own printing and advertising company. Later on, in 2004 he sold the company and launches Gas Monkey Garage. This shop transported and created automobiles for customers worldwide and since 2012; it has been the focus of the Discovery Channel series Fast N’ Loud.

Rawlings began Gas Monkey Bar N’ Grill in Northwest Dallas with a second location at Dallas Fort Worth International Airport which was opened in March 2014. On 12 May 2015, he also published his first book, an autobiography, entitled Fast N’ Loud: Bood, Sweat, and Beers.

Rawlings is also a fabulous car racer, a veteran of transcontinental road rallies, the Fast N’ Loud star has won the Gumball 3000 and the Bullrun twice.

He also covered the 2,811 miles from New York to Los Angeles in 31 Hours and 59 minutes with an average speed of 87.6 miles per hour which was pretty amazing. Rawlings is always very fond of cars and has a great car collection. He said,” Bottom line, if we're gonna, have fun, it better have a motor!”

Richard Rawlings is a multi-talented person as he is an American car builder, a reality television personality, and as well as a cross-country racer. Currently, he has a net worth of $15 million with a salary of $50 thousand per episode.

His YouTube channel, Gas Monkey Garage has 244K subscribers. He earns as high as $1,600 monthly through the channel and it also plays a major role to boost up his net worth.  Rawlings even began his very own Gas Monkey Garage brand of tequila and energy drink with retail prices of $30.00 and $48.00 (for a pack of 24 cans), respectively.

Richard lives in a 3,933 square-foot brick house near Northhaven Road and Hillcrest Road in Dallas, Texas. It has a sunken bathtub and a pool. In addition, there's a private lake and a zen garden.  The property was reportedly bought for $1.7 million. He is also the proud owner of many luxurious cars.

It is only because of his dedication and hard work that today Richard is one of the successful entrepreneurs For more details about Richard Rawlings information is provided in his bio and also in the wiki.

Richard Rawlings is a married man. He has married twice. Rawlings married Suzanne Rawlings on August 7, 1999, and after Rawlings’s instant popularity created the differences between husband and wife day by day and finally, they divorced on August 14, 2009, after the ten years of their marriage. In 2015, he remarried his ex-wife Suzanne Rawlings and since then he has been happily married yet.

Richard Rawlings partly blames his success for leading to the divorce of his wife but it was not the end of their love story. Some love stories do have a happy ending as Suzanne and Richard later hauled their rusted-out relationship and got it completely sorted out.

The couple took a trip to Cabo to surprise their friend on his birthday, however; they both surprised each other with an impromptu wedding. Richard and Suzanne again got married and gave each other a second chance. The couple doesn’t have any children yet. 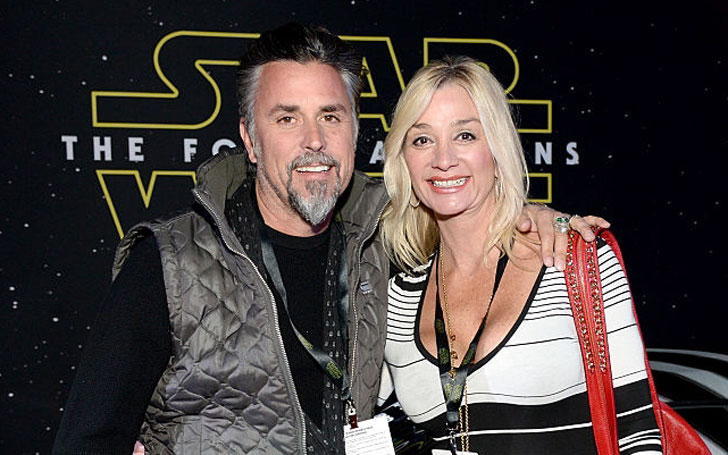 Richard Rawlings and Suzanne Rawlings are married since 2015. Are they happy with their married life