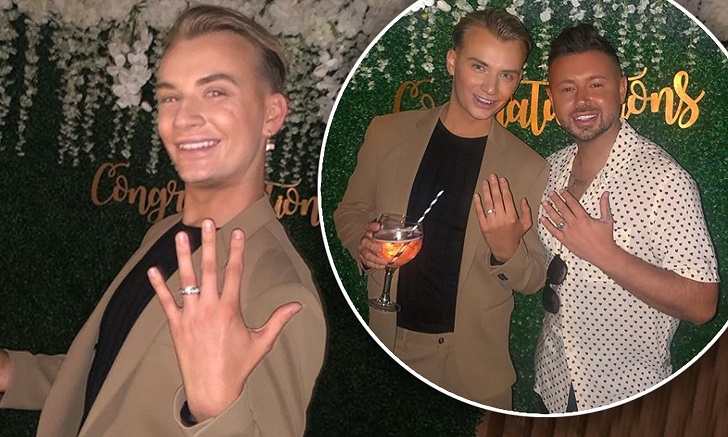 British Reality Star Harry Derbidge And Dean Rowland Are Engaged To Be Married!

Harry Derbidge, who is known for appearing on hit ITV2 show The Only Way Is Essex, is head over heels after his beau Dean Rowland proposed him.

Harry was the center of attention when his beau got on one knee on Saturday.

The 25 years old make-up artist seemed surprised for not only being asked to marry his love but also his cousin Amy Childs threw a lavish surprise party to celebrate their special day.

Harry and his new fiancé took their respective Instagram to share the happy snaps from their bash flaunting their engagement rings. In the caption, he announced that they would be getting married soon.

We did it... Thanks to everyone that came to celebrate with us, we had the most amazing night

On the other side, his cousin, Amy Childs also shared numerous snaps from the bash on his Instagram. He captioned the post writing He is getting married. Congratulations to my beautiful cousin and @mrdeanrowland on your engagement, 8 weeks of knowing and organising the best engagement party for him!

Amy posed alongside the two grooms to be and their little Polly who will be their bridesmaid. She shares the child with ex Bradley Wright.