Happily Unmarried Couple-Oprah Winfrey and her Boyfriend of 32 years Stedman Graham: Was a Victim of an Abusive Relationship in Past 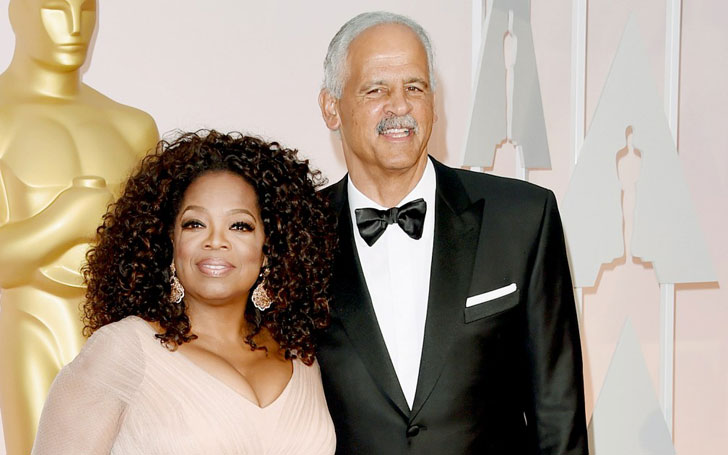 "Marriage is the ultimate destiny of love." But it seems like the talk show host and actress Oprah Winfrey and her boyfriend of 32 years businessman Stedman Graham are the exceptions. Winfrey and Graham got engaged in 1992 after about six years of dating, however, the couple chose not to be married.

What do you think why Winfrey and her fiance still has not tied the knot? What may be the reason behind it? Well, stay with us to get all the answers.

One of the long lasting couples of Hollywood Winfrey and Graham first met at a charity event in Chicago in 1986. The duo eventually started dating and has been living together since 1995.

They got engaged in 1992, however, the betrothal never led to the wedding.

Oprah Winfrey is in relationship with Stedman Graham since 1986

Winfrey made clear that they wouldn't be together if they were married in an interview in 2003:

"The truth of the matter is, had we gotten married we wouldn't be together now, because in no way is this a traditional relationship."

Later the 64-year-old talk show host also revealed that she even though of getting married after attending Tina Turner and Erwin Bach's wedding ceremony in 2013:

“I think that it’s interesting that you would ask it because I thought about it again at Tina Turner’s wedding, because Tina was like, ‘Oprah, you need to do this. You need to do it.’ I was just thinking, ‘Well, OK, would things really be different?’ And no, I don’t think so.'”

But she confessed that she couldn't handle wife responsibilities saying:

“First of all, you’ve got to come home sometimes. If you ever interviewed him, he would tell you that had we married, we would not be together today. Because he’s a traditional man and this is a very untraditional relationship.”

The couple was, however, rumored to be married in 2016 after a false report of their wedding released. Winfrey later shut down the wedding rumors via Twitter.

Throughout their journey for over three decades, Winfrey and Graham have always stood for each other which is the main key to their happy relationship.

The 66-year-old president and chief operating officer of S. Graham & Associates, Graham has always supported his girlfriend throughout her career. He is always there to cheer and support Winfrey's big moments including Winfrey winning the Jean Hersholt Humanitarian Award at the Oscars in 1998, honored with Presidential Medal of Freedom from Barack Obama in 2013 and Cecil B. DeMille award at the 2018 Golden Globes.

Here is what Stedman Graham have to say about his Girlfriend's success:

"I want her to succeed and be as successful as she possibly can, so I encourage that. That's not always an easy thing to do when you're a man in a relationship with a very powerful woman, and so, I'm not threatened by her fame or her success or her money or all of that—that's who she is. It has nothing to do with how I define myself."

They don't have any child, however, the couple treats their pets as their children.

Though they never got married, Graham was previously married to Glenda Graham. He also shares a daughter, Wendy Graham with the former wife. He is also already a grandfather- his daughter gave birth to a baby girl in May 2015.

Oprah Winfrey's Past Affairs: Victim Of An Abusive Relationship

Winfrey's first ever romance was with her college sweetheart Anthony Otey. They started dating during their senior year of high school but broke up after few years.

She then dated William Bubba Taylor in 1971 after meeting at Tennessee State University. They broke up after Winfrey moved to Baltimore in 1976 to join WJZ-TV. Winfrey also had an affair with John Tesh, but the relationship didn't last long as they were forced to separate due to the pressure of an interracial relationship.

After Tesh, she was reported to be in a romantic relationship with a married man. Recalling the past, Winfrey said:

"I'd had a relationship with a man for four years. I wasn't living with him. I'd never lived with anyone—and I thought I was worthless without him. The more he rejected me, the more I wanted him. I felt depleted, powerless. At the end, I was down on the floor on my knees groveling and pleading with him".

Due to the relationship, Winfrey was so depressed that she even tried to commit suicide. She also gained a lot of weight.

"The reason I gained so much weight in the first place and the reason I had such a sorry history of abusive relationships with men was I just needed approval so much. I needed everyone to like me, because I didn't like myself much."

"So I'd end up with these cruel self-absorbed guys who'd tell me how selfish I was, and I'd say 'Oh thank you, you're so right' and be grateful to them. Because I had no sense that I deserved anything else. Which is also why I gained so much weight later on. It was the perfect way of cushioning myself against the world's disapproval."

She also admitted that she smoked crack cocaine during her 20s with a man she dated. Moreover, she was also in a relationship with Randolph Cook, and as per Cook, they used to use drugs while they were in a relationship in 1985.