Halle Berry Single After Her Third Divorce! Find out why-Details About her Unsuccessful Married Life, Boyfriends and Children! 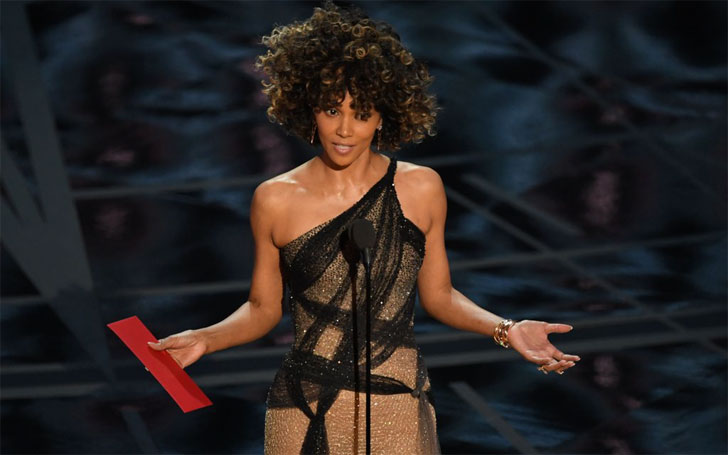 How will you feel if your dress drops down in a public event? That would definitely be one of the most embarrassing moments ever in your life! Superstar Halle Berry went through the ordeal recently.

Berry was at the premiere of her new movie, kidnap, in L.A a couple of days ago when her shirt fell off her shoulder without her knowledge. Halle Berry went on to flash her bra for a long time without knowing it.

Berry has established herself as a successful Hollywood star, however, her personal life hasn't been that successful.  Halle Berry has already had three failed marriages.We are discussing whether or not the star has found new love after her third divorce? Is Halle Berry dating anyone? We have some exclusive details.

Who is Halle Berry dating? Is she pregnant?

Fifty-year-old actress, Halle Berry, has already been married for three times. Her third, last and latest, divorce was from actor Oliver Martinez last December. The Oscar winning actress hasn't been romantically linked to anyone after her third divorce.

But, interestingly enough, speculations of Halle Berry's pregnancy sparked recently after the red carpet event at the 16th Annual Chrysalis Butterfly Ball in LA on June 4, 2017. In the event, Berry looked stunning in a silver color sequin dress with a matching jacket but what grabbed more attention was her pronounced tummy. Many believed she proudly flaunted her baby bump.

Halle Berry's rep, however, denied the rumor with a statement on 5 June:

“It is completely untrue. She is not pregnant”

The mother of two even confirmed she is single after she appeared with “No More Boyfriends” t-shirt on Instagram on 28 May.

Halle Berry first saw her first husband, David Justice, on TV, playing basketball in 1992. They became close after she gave her number to Justin through a reporter from Justice's hometown.

Justice and Berry got married on January 1, 1993. The marriage, however, couldn't last long, and the couple separated in February 1996.  Halle Berry's first divorce was finalized on June 24, 1997. After her first divorce, Berry revealed she was so depressed so that she wanted to suicide.

Apart from marriages, Berry was in some serious relationships as well. She was in a long term relationship with French Canadian model Gabriel Aubry. They first met at a Versace photo shoot in November 2005. Berry had her first child, Nahla, with Aubry in March 2008. Halle Berry and Gabriel Aubry broke up on April 30, 2010.

After having a kid with Gabriel Aubry and breaking up, Halle Berry married actor Olivier Martinez on July 13, 2013. The third marriage ended even quicker for Berry, she separated from Martinez in October 2015 and their divorce was finalized in December 2016. Berry and  Martinez together have a son, Maceo, who was born in October 2013.

Due to series of failure in married life, the actress admitted she had “pain and anguish” in her personal life.

According to Entertainment Tonight, Berry said:

“I have learned to deal with three failed marriages, which has not been easy, especially when there’s children involved,”

“[As] women, we go into marriage thinking it’s going to last forever and that this is our prince on a shiny horse. That’s what fairy tales taught me as a kid … and I’m kind of anti–fairy tales today.”

The star added she had learned something valuable from her failed relationships. Halle Berry has two children now, they are her topmost priority now~