Halle Bailey is an American actress and singer-songwriter who is set to play the lead character, the mermaid Ariel, in the live-action remake of Disney's The Little Mermaid. She is also one-half of the R&B duo Chloe x Halle with her older sister Chloe Bailey.

How Old is Halle Bailey? Age, Height, Parents, and Childhood

Born and raised in Atlanta, Georgia, her family moved to Los Angeles, California in 2012 when Halle and her older sister Chloe began gaining traction.

Halle counts among her greatest inspirations her older sister of two years, Chloe. Both the sisters were child prodigies. Their careers saw an almost parallel track, having small acting roles in movies before banding together to start a YouTube channel when Halle was 11 and Chloe, 12. 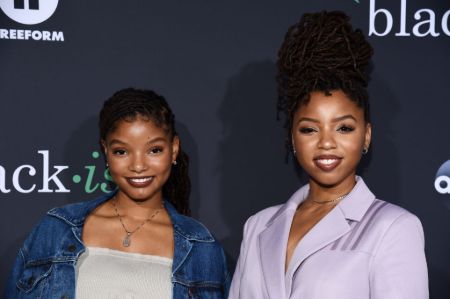 They became known as Chloe x Halle and were featured in talk shows like The Ellen DeGeneres Show as well as the Disney Channel comedy series Austin & Ally where they performed the song "Unstoppable" from the soundtrack.

Beyoncé herself was impressed by the sisters and helped them land a six-album deal with Parkwood Entertainment for a reported $1 million. They released their debut major-label EP, "Sugar Symphony" in 2016, and went on to release two studio albums: 2018's The Kids Are Alright and 2020's Ungodly Hour.

Besides her singing career, Halle Bailey has also enjoyed success as an actress. She made her film debut in 2006's Last Holiday and is perhaps most known for playing Sky Forster in the spin-off of the ABC comedy series Black-ish, Grown-ish. 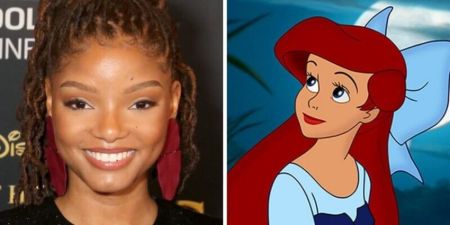 Halle Bailey will play Princess Ariel in the upcoming live-action adaptation of Disney's The Little Mermaid SOURCE: Inside the Magic

In July 2019, Halle Bailey was confirmed in the role of Princess Ariel in the still-in-development live-action adaptation of the animated Disney cla s sic, The Little Mermaid.

According to celebritynetworth.com, Halle Bailey has a net worth of $1 million. The 20-year-old is a child prodigy who made her acting debut at age 6 and has been confirmed to portray the mermaid Ariel in the upcoming live-action remake of the Disney animated cla s sic, The Little Mermaid. She is also a musical prodigy and one-half of the R&B duo Chloe x Halle with her older sister, Chloe Bailey.

In addition, Halle is also a huge influencer on Instagram and has over 6.6 million followers.