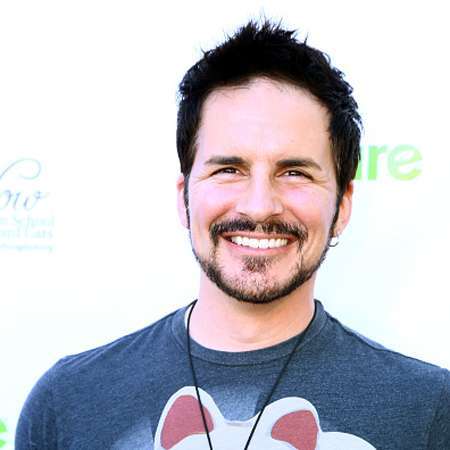 Hal Sparks is a popular American comedian, actor, television personality, and musician. He is mostly known for his contributions to VH1, and also a role of Michael Novotny on the American television series Queer as Folk.

He is one of the mainstream characters in the TV series Lab Rats (2011-2016). He appeared alongside Billy Unger, Spencer Boldman, Kelli Berglund and Tyrel Jackson Williams in the lead role.

Sparks was born on September 25, 1969, in Cincinnati, Ohio and was raised in the small community of Peaks Mill, Kentucky. Hal was at Bay Scouts while he was growing up and was also interested in Karate.

Hal Sparks moved to Chicago when he was 14 and studied at New Trier High School in Winnetka, Illinois. Despite some restriction by his father, he began performing stand-up comedy and also won the title of “Chicago’s Funniest Teenager” from the Chicago Sun-Times, only at the age of 15. Sparks also studied with The Second City comedy troupe as a teenager.

Hal Sparks moved to Los Angeles to begin his career in the entertainment business. After a lot struggle, he got his first major TV break as a host in the show “Talk Soup” in 1999.

Hal is also a regular guest on few shows such as The Joy Behar Show, CNN’s Your $$$$$, and The View. Sparks made his screen debut in 1987 from the television movie Frog and along with that he appeared in several TV shows Lab Rats, Queer as Folk, Tak & The Power of Juju and so on.

Sparks have also been a part of several reality shows including ‘Celebrity Duets’. In the year 2000, Hal Sparks got his first breakout role in a mainstream movie named “Dude, Where’s My Car?” as Zoltan. He also appeared in several movies such as Spider-Man 2, Dickie Roberts: Former Child Star, and Extract.

In addition to acting, Hal is also the main singer and guitarist for a rock band, ZERO 1. The band has released several albums.

Hal Sparks is unmarried. He is dating Summer Soltis since last five years. The couple frequently appears together in various functions and events. Previously, he was in a long-term relationship with Samantha Humphreys.

There aren’t any rumors about him being married or having a wife so far. However, he does have a son named Camden Harrison.

Hal Sparks' current net worth is $2 million. He earns hefty amount from his movies and television career. Sparks sold his Venice home on $1.663 million in September 2016. The home he bought in $775K in 2003. Sparks has a BMW car and Honda Motorcycle.

For more details about him, you can visit wiki and other online sites.