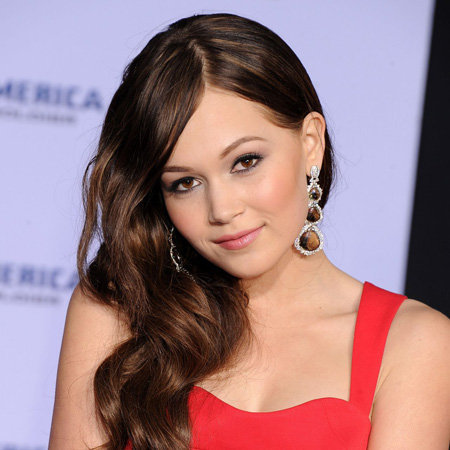 Kelli Berglund is an actress, model, as well as singer. Her groundbreaking performance in the Disney XD series Lab Rats earned her worldwide fame.

Born on February 9, 1996, Kelli Berglund is an actress, singer, and dancer. Her nationality is American and ethnicity is white. She was born on Moorpark, California, United States. This celebrity is just 19 years old but her talents are limitless.

This American dancer has portrayed Bree Davenport which is a bionic teenager with lightning speed in the Disney’s XD Series, Lab Rats. Due to her talents; she stars in the Disney Channel’s Original Movie How To Build A Better Boy. In this movie, she portrays tech-savvy young women who are planning along with her best friend to create the perfect boy.

Berglund parents are Mark Berglund and Michelle Berglund. This young celebrity also has a younger sister named Kirra. Kelli is a very electrifying dancer and performer. While talking about the talented dancer’s qualifications, she is a graduate of Moorpark High school’s independent study program. This white celebrity started her career at a very young age.

It was when she appeared regularly on the small screen in the show TLC’s Hip Hop Harry. Her other TV appearances consist of shows like Are You Smarter Than The 5th grader and America’s Next Producer.

After working a while in the small screen, Kelli also appeared on the big screen through her indie movie Bye BYe Benjamin, Along with this, she also appeared in the TV commercials of Old Navy, Hyundai, Bratz, McDonald, and Mattel. Her major endorsement was with the popular sports brand Reebok. She had appeared in the print and modeling campaign of the brand.

Kelli is also a very versatile dancer and is famous for her dance in different dance styles such as lyrical contemporary, hip-hop, tap, and jazz techniques. However, as stated by the celebrity her favorite dance style is contemporary which a blend of ballet and jazz. The major success of the celebrity came when she was a s sociated in her work with Disney XD. It was the series named “ Kickin it”. While working with Disney on various projects, she has also been singing ‘something real” with China Anne McClain who is a singer and actress. She loves to dance.

In the year 2017, the actress was a cast in the TV series The Night Shift sharing the credits along with Eoin Macken, Jill Flint, Ken Leung, and Brendan Fehr.

Kelli Berglund's exact amount of net worth is still under review but as per estimation made by various online sources can be believed to be over $1 million.

Kelli Berglund is dating her boyfriend Tyler Wilson for a quite long time now. The actress is not married yet.

The young celebrity is currently living with her parents and her younger sister in Moonpark, California. She has not been involved in any relationships or affairs in her career so far. Likewise, she has not been linked with some other celebrities. This American actress has not been reported to have any boyfriend so far by the media. This young star is unmarried and far from love and affairs so far. According to sources, she is likes swimming and spending time with her sister.

Other interests and hobbies of the Disney star consist of still photography, video editing and creating original films on her computer. She is unmarried and loves dancing. According to some sources, she is not involved in any relationships as she is afraid it will alter her pa s sion for dancing. But, there are no sources which give clear view in this statement. This young dancing star has kept herself far from rumors and controversies so far in her career.

She has appeared in TV commercials for some popular brands like Old Navy, Hyundai, Bratz, McDonald, and Mattel in her career so far and was also involved in the print and modeling campaign of the famous sports brand Reebok.

This young celebrity is involved in the charity events for the homeless children according to some sources. However, no factual evidence is provided by them to support the cause.

This Disney star is white in complexion and has a very fit and well-maintained body. She looks very beautiful in her appearances during her dance performances and looks stunning while dancing as well.