Grant Show Living Happily with Wife Katherine La Nasa. Details About Their Marriage and Past Relationships 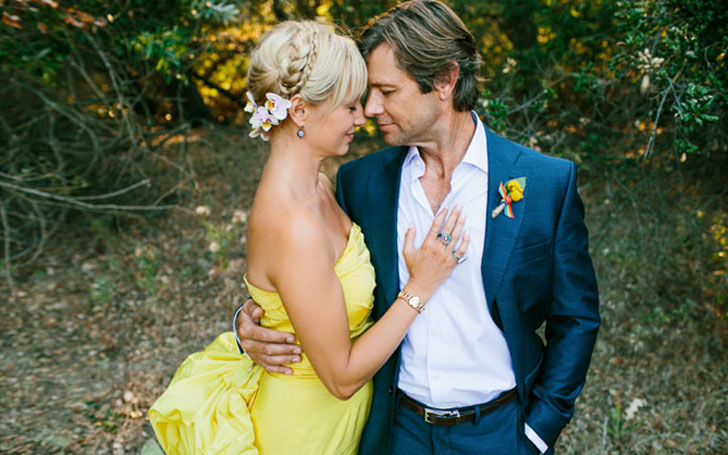 Marriage is a beautiful thing but it can be just as nasty as well. A failed marriage can be a painful ordeal. Hollywood celebrities know that all too well. Melrose Place star Grant is going through something similar.

Grant Show married actress/ choreographer Katherine LaNasa in 2012 after divorcing actress Pollyanna in 2011. Eager to know about his current life plus past marriage history? We have all the details here!

The actor couple Grant Show and Katherine LaNasa’ has gone through many ups and downs in their life. Both of them have had failed marriages. Grant and Katherine wedded on August 18, 2012. Their marriage took place in Topanga California in the presence of family and close friends.

At home tonight with my baby and my baby to be. @GrantNoShow #happiness #love http://t.co/1l3SUB0OPE

Katherine,45, wore a Neem Khan gown and shoes by Prada, while Show donned a custom suit by Di Stefano Italian Fashion Group. After the marriage ceremony, they told People,

We’re so happy we found each other’ We’re like best friends.

They got engaged six months before their wedding. Grant and Katherine first met in 2009 on the sets of HBO’s drama series BIG Love.

In 2004, they got married and lived together as husband and wife for next 7 years. Sadly, the couple separated in the early 2011 and their divorce was finalized in mid-2011. After divorcing her, he began dating Katherine.

Katherine was married to two men before meeting Grant. She first married actor/director Dennis Hopper in 1989 when she was 22. They divorced in 1992. Katherine has a son Henry Lee Hopper, born in 1990.

After their divorce, she dated few men before meeting French Stewart. The duo met on the sets of 3rd Rock from the Sun in 1996 and married after two years. Their marriage lasted for 11 years.