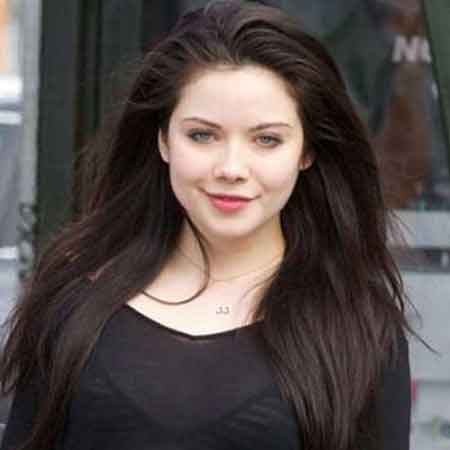 Grace Phipps is an American actress, dancer, and singer. She came into the limelight after her best performances in The Vampire Diaries, The Nine Lives of Chloe King and the Disney channel movies Teen Beach Movie and Teen Beach 2.

Grace Phipps was born Grace Victoria Phipps Padilla on May 4, 1992, in Austin, Texas to Kate and Gil Phipps. She has one younger brother. She grew up in Boerne and San Antonio. For her studies, she attended the Robert E. Lee High School'sNorth East School of the Arts.

Though initially tended towards being a belly dancer, Phipps decisively majored in musical theatre and earned her summa c u m laude in 2010.  As of 2018, she is an undergraduate student at Columbia University.

Phipps began her acting career in 2011 right after graduating from high school. She had moved to LA so as to pursue a career in acting and after seven days, she got the debut role as spunky Bee in the Dreamworks remake movie of the 1985 comedy horror film Fright Night.

She got her huge breakthrough after she starred as cute biker girl Lela, in the TV movie Teen Beach Movie along with Ross Lynch and Maia Mitchell. This movie was also the second-highest-rated cable movie in TV history. Then in 2015, she played in the horror movie Dark Summer as MonWilsonon.

She also played the main role in the emotional horror film Some Kind Of Hate in 2015. The same year, she appeared in various other TV shows including Scream Queens, CSI: Cyber, and  Hawaii Five-0.

As of 2018, Phipps appears in the Syfy TV series Z Nation as Sgt. Lilly.

Besides acting, Phipps also got the pipes to sing. She sang as the main artist in many of the soundtracks of Teen Beach Movie. She performed songs like Cruisin' for a Bruisin', Falling for Ya, Meant to Be, Like Me and Coolest Cats in Town among which the first and the second topped Billboard's Kid Digital charts. She again performed the song Gotta Be Me from Teen Beach 2 which won a nomination for Teen Choice Awards.

The beautiful and charming actress is earning a decent amount of money from her acting career. She is able to gather a good sum of money because of her determination towards her work. Phipps's estimated net worth is $5 million.

The income from her singing career adds more to her impressive net worth.

Though Phipps is young and beautiful it is hard to believe that she is single. She is not in a relationship with anyone and yet to create the happy family connection with a smart and handsome guy.

Although she is a famous personality, nothing seems to be public about her boyfriend, love affairs, and married life.

Phipps's favorite food is Indian. She is an avid animal lover and owns a chocolate labrador named Zelda. Other than acting, she loved to knit, read books and write songs.

Here's the video where Grace Phipps talks about Fright Night