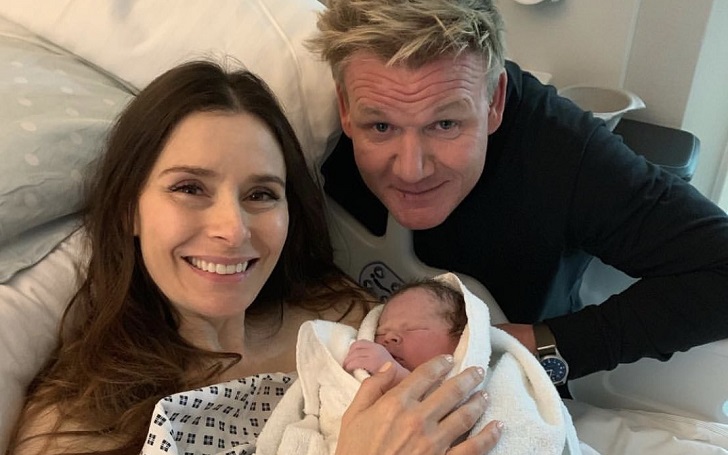 British Chef Gordon Ramsay Is All Over The Moon. He And Wife Tana Ramsay Have Welcomed Their Fifth Child, Son Oscar James Ramsay Together.

The pair named their fifth child as Oscar James Ramsay. It won’t be wrong to claim that Gordon might be feeling similar to that of winning an Oscar award, right?

Gordon posted adorable pictures of himself with his wife and newly born baby in the hospital. Her wife is seen kissing and gazing adoringly at their son.

On New Year’s Day, Gordon revealed in a sweet Instagram video that he and his wife were expecting their fifth child more than two years after miscarriage.

Gordon took the help of his four children; 17 years of Matilda, 19 years old twins Holly and Jack, and 20 years Megan. Firstly, the siblings appeared in the video wishing everyone a Happy New Year individually.

At last, Tana was seen spreading a wife smile and showing off her baby bump.

Exciting news ! Happy new year from all the Ramsay’s

Gordon Ramsay, who got married to wife Tana Ramsay in 1996, is now proud parents of five children. The pair enjoys a healthy marital and familial relationship.