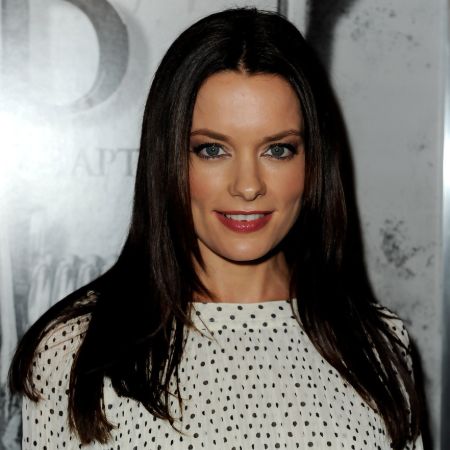 Gina Holden is a Canadian former model and actress. She is most known for playing Claire in Da Vinci's City Hall, Coreen Fennel in Blood Ties, Dale Arden / Helia in Flash Gordon: A Modern Space Opera, and Shea Allen in Harper's Island.

How Old is Gina Holden? What is her Height?

Gina Holden was born in Smithers, British Columbia, Canada on March 17, 1975. The 45-year-old stands at 5 feet 6½ inches (1.69 meters). As a child, Holden was passionate about acting and began taking acting classes while still young.

At 15, Holden signed a modeling contract and went to live in Japan, where the culture and the people made her feel at home. She eventually moved back to Canada but continued her education about Japanese culture.

After making the transition from modeling to acting, Holden made her professional debut in 2002 in the made-for-TV movie Roughing It.  She had guest appearances as Twink in the Showtime romantic drama The L Word, Haley Collins in The WB dark fantasy series Supernatural, and Angela Wilkins in the Fox crime-drama Killer Instinct.

She made her film debut in the 2005 Marvel Comics superhero movie, Fantastic Four.

She had her first leading television role in 2005 as Claire in the Canadian drama series Da Vinci's City Hall. That same year, she had recurring appearances as Rachel Scofield in the FOX drama series Reunion. 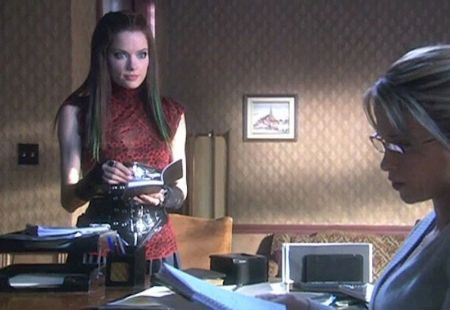 Holden has since had numerous starring roles on television; chief among them, as Coreen Fennel in the Canadian police procedural thriller series Blood Ties, Dale Arden / Helia in the sci-fi series Flash Gordon: A Modern Space Opera, and Shea Allen in the CBS horror series Harper's Island.

Besides that, Holden has made guest appearances in a wide spectrum of various TV shows including Smallville, Flashpoint, Life Unexpected, The Listener, and Teen Wolf. She also guest-starred as Monica Eton in two episodes of the second season of the USA Network legal drama series Suits starring Gabriel Macht, Patrick J. Adams, and Sarah Rafferty, among others.

Holden is also considered somewhat of a horror aficionado, what with her appearances in such horror movies as Final Destination 3, Saw 3D, The Listener, Saw: The Final Chapter, Sink Hole, The Exorcism of Molly Hartley, and Messages Deleted.

Gina Holden became a mother for the first time at age 41 when she gave birth to son Max Holden Eiswerth on August 29, 2017. 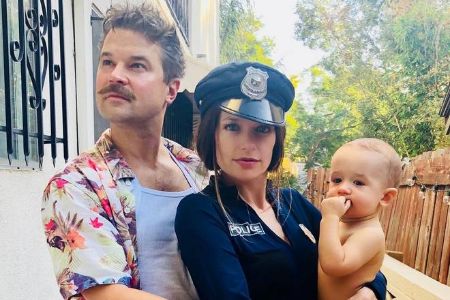