American actress Gideon Adlon is widely known for her role as Becca Gelb in television series The Society. For her silver screen presence, she appeared as Martha in The Mustang and Sam in Blockers. She was once rumored to be dating Will Smith's son Jaden Smith.

Gideon Adlon was born on 30th March 1997 in Los Angeles, California. She belongs to mixed ethnicity and is of American nationality.

She is one of three children of actress Pamela Adlon and writer Felix O. Adlon. She was raised with her two young sibling-sisters Odessa A'zion and Rocky Adlon by her mother after her parents divorced.

After completing high school, she went to study photography at Columbia College in Chicago, Illinois. But she dropped from her college to pursue her career in acting.

Adlon has been working in the entertainment industry for eight years. She has acc u mulated $200,000 net worth from her career. Her mother Pamela Adlon has $16 million net worth, and while her father, Felix O. Adlon, has gathered $1.2 million net worth.

Adlon earned her income from her work as an actress in television series and films. The average salary of the actress is around $50,224, and her salary might also be in the same range.

The 22 years old actress has appeared in various films; her movie Blockers earned $95 million at the box office with a budget of just $21 million.

Gideon Adlon got her first role as Amy in one episode of Louie in 2011. She later worked as a supporting actress in television series, including Girl Meets World, Better Things, Criminal Minds, and American Crime.

Adlon got her debut movie Blockers in 2018 in which she shared the frame with actors John Cena, Leslie Mann, and Ike Barinholtz. In the same year, she gave the voice for the video game The Walking Dead: The Final Season. 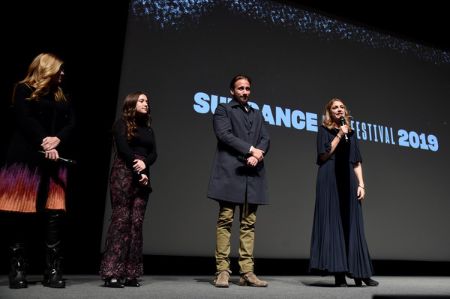 As of 2019, Adlon appeared in movies like The Mustang and Skin in the Game. She got her first major role in series The Society as Becca Gelb. The first season was aired on 10th May 2019, and the second season will be released in 2020.

Her future projects are The Craft and Witch Hunt will be released next year. She also worked as a photographer and has her own photoblog in which she has posted various pictures on her website.

As of 2019, Adlon is not married and is currently dating Bulgarian guy Boris V. Stoimenov. The couple started their relationship in 2015. Since then, the pair has been sharing pictures together on Gideon Adlon Instagram. 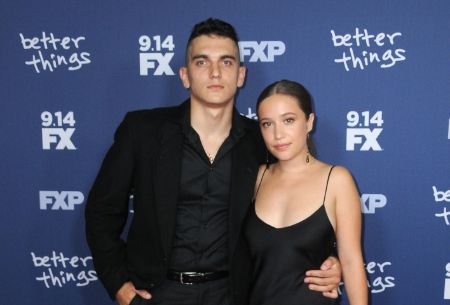 Gideon and her boyfriend have been in a relationship for four years and are still holding their relationship strong. She was once rumored to be dating Will Smith's son Jaden Smith from 2017 to 2018.

Adlon stands at the height of 5 feet 4 inches tall and has a slim body build.