Get to know more about the American author Donna Brazile's marital status, family life, and more 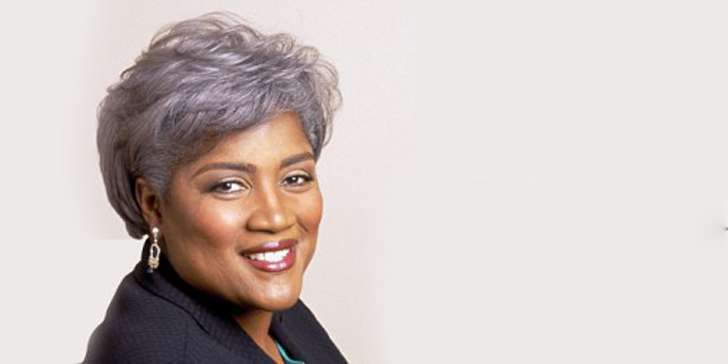 Donna Brazile is not only an American popular author, academic but also the vice chairman of the Democratic National Committee. She is very successful and popular when it comes to her professional life. However, her personal life is a bit mystery to the world. Donna is not married and reportedly, she has not yet been romantically seen or linked with someone.

With just a couple of years away from her sixties, seems like this incredibly talented and experienced women have not any plans to have a husband. Donna has never talked about her personal life or her plans of getting married and starting her own family. Talking about her family she is the third child among her eight siblings and her eight siblings gave her fifteen nephews and niece.

Donna is the proud daughter of father Lionel Joseph Brazile and Mother Jean Marie and was born in Kenner, Louisiana. Since her childhood, she was a much-focused girl and was always interested in politics. At the age of nine, she supported and worked to elect a city council candidate who had promised them to build a playground. The candidate later won, and a playground was made in her neighborhood.

Maybe, one of the reasons behind her being single is her steady career and that she has been always focused on it. Donna is surely a very famous and acclaimed personality and has gathered a huge amount of love from the people across the world. Currently, she is busy doing her political job and she is also a weekly contributor and political commentator on CNN’s American Morning and Inside Politics.

Well, in summary, Donna is enjoying her time as a single and happy working woman without a husband and family. Sometimes, one doesn’t need to fall in love to be happy they can also love their work and stay happy and Donna is one of the examples of such type of people who loves their work more than anything.