Facts of Frankie A. Rodriguez

Frankie A. Rodriguez is an American actor who is very famous for his appearance in the Disney+ original series High School Musical: The Musical: The Series as Carlos. As per his peronsl life, he is openly gay.

Short-Bio Of Frankie A. Rodriguez

Frankie A. Rodriguez was born on July 15, 1996, under the birth sign Cancer in Sanger, California. He is of American nationality while he belongs to Mexican descent. Apart from this, there is no information related to his parents and siblings.

While talking about education, he has completed his schooling at Sanger High School.

The 24 years old, Frankie A. Rodriguez is an open member of the LGBTQ community. However, he has never preferred to talk much about his personal life matter in the media. So there is no clue about his current relationship status. 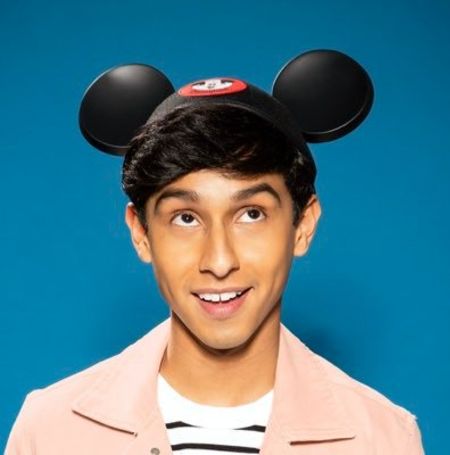 CAPTION: Frankie A. Rodriguez is an open member of the LGBTQ community SOURCE: Twitter

He is active on the Instagram platform with more than 141k flowers and he has posted more than 115 pictures on his platform with several people. But none of the posts has hinted about his love life. So without his revelation, we can't claim regarding his peronsl life.

His Career and Net Worth Detail!!!

Frankie A. Rodriguez has a net worth of $100 thousand which he has collated from his career as a actor. The actor in the USA is getting paid around $57000 per annum, so he also might be getting paid in the same range.

While talking about his career, he has around 10 acting credits in his name from his five years of career and still adding on it. He made his debut from his appearance in the TV series named Raymond & Lane as Frankie.

After this, he was cast in several TV series such as That's the Gag, I'm Fine, Call Me Daddy, Only Children, Modern Family, Going Up (a webseries), This Close, Will & Grace.

His career got huge limelight after he was cast in the TV series named High School Musical: The Musical - The Series as Carlos. In the series, he was seen alongside Matt Cornett, Joshua Ba s sett, Sofia Wylie, Olivia Rodrigo.