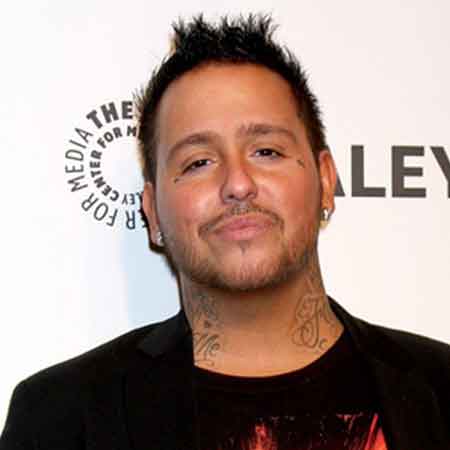 Francis Capra is an American actor, best known for his role in movies A Bronx Tale and Kazaam, and in the TV series Veronica Mars. Capra along with his film career is also active in film production and owns a production company called Take Off Productions with fellow actor De'Aundre Bonds.

Francis Capra was born on April 27, 1983, in The Bronx, New York City to American parents. His mother's name is Ann Marie Capra, while his father was in prison for throughout Francis' childhood. In 2003, Capra's father was killed in a shoot-out.

He has 3 sisters namely, Chanel, Asa, and Ava. The family belongs to Italian and Dominican descent. Francis did his schooling from Our Lady of the Assumption Catholic School. Francis is an American by nationality and is of mixed ethnicity.

Raised in the Bronx, Francis Capra began his acting career in 1993 with A Bronx Tale as a child actor. The following year in 1994, for his work in A Bronx Tale, Capra was nominated for a Young Artist Award for Best Youth Actor Co-Starring in a Motion Picture Drama.

Then soon after he was recognized by Robert De Niro and Chazz Palminteri, and moved to Los Angeles with his mother and siblings to pursue his acting career.

Besides his film career, Capra also made his prominence in TV series while making his TV debut with My Guys in 1996.

Recently in 2018, Capra appeared in the American TV series iZombie. Capra played the role of Baron for a year until 2019 in the series along with Rose McIver, Malcolm Goodwin, and Rahul Kohli.

Also, Francis branched out into film production and owns a  production company called Take Off Productions.

As of 2019, Francis Capra has an estimated net worth of $1.2 million. Professional since 1993, Capra has appeared in numerous movies and TV series which earned him a hefty sum of salary aiding his net worth.

Even though his acting career and his production company earnings are kept low-key, he is a s sumed to earn hundreds of thousand dollars a year.

The average salary of an actor/actress in the U.S. ranges from $50,000 to $57,000 while the income is greatly affected depending on an individual's role and fame.

Currently aged 35, Francis is a married man. He is living with his wife named Nora Capra, though has kept the relationship and marriage details low-key, the couple is often seen together on social media. The two have been sharing a wonderful married life.

Sources claim Francis and Nora are together for many years but have not made any official announcement of having children. The couple seems pretty much secretive about their dating life.

Previously, he was in a relationship with Agnes Bruckner. The former duo started dating in 2003 but broke up after 2 years, in 2005.

Francis Capra is fond of tattoos and has over 18 tattoos in his body. He also has unique teeth.