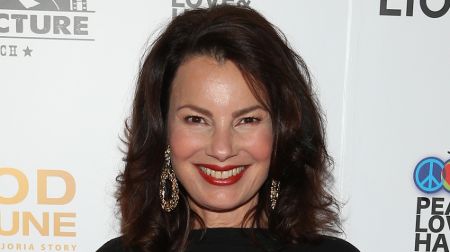 The American actress, writer, comedian as well as an activist, Fran Drescher is famous for appearing as Fran Fine in TV series The Nanny. Some of her other notable work is in The Beautician and the Beast and This Is Spinal Tap.

Fran Drescher was born Francine Joy Drescher on September 30, 1957, in New York City, the U.S to Morty Drescher (father) and Sylvia Drescher (mother). She is of American nationality and belongs to white ethnicity. She has a sibling-sister named Nadine Drescher.

My sister's sweet 16. 44yrs ago. We were at Fung Lums on Northern Blvd Queens. I'm in the lower right corner. Time flies...

She has also worked in several TV series such as Living with Fran, Good Morning, Miami, Law & Order: Criminal Intent, and Thanks God You're Here. She also hosted her own daytime talk show, The Fran Drescher Tawk Show.

In 2011, she created the show named Happily Divorced along with her ex-husband, Peter Marc Jacobson. They ran the show for two seasons and was later canceled in 2013.

Her recent appearance is in the TV series Ballmastrz: 9009. She is also working in the series Indebted which will be released in the coming year.

Fran Drescher's Net Worth And Salary

Fran Drescher has a whopping net worth of around $25 Million which she has accumulated from her several careers. Some of her movies have collected a huge amount at the box office, and they are listed below.

The 61 years old, Fran Drescher was previously married to husband Peter Marc Jacobson who is an American television writer, director, and producer, as well as an actor. The couple exchanged the wedding vows in 1978 after years of relationship. However, the couple separated in 1996 and divorced in 1999. 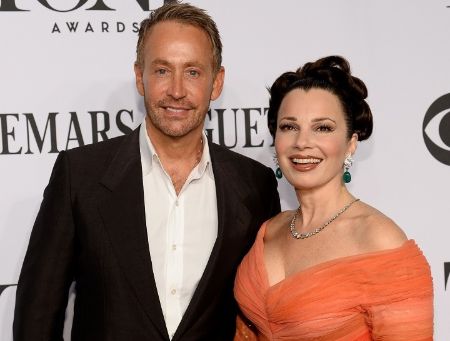 They separated after Fran's husband came out as a member of LGBT and Fran stated that they parted their ways just to change directions in life. After that issue, she also started supporting LGBT rights issues.

Even after the divorce, they remained as a good friend and also business partners. Fran Drescher said,

We choose to be in each other's lives in any capacity. Our love is unique, rare, and unconditional; unless he's being annoying.

In around 2014, there was a huge rumor of Fran Drescher getting married with controversial scientist/politician, Shiva Ayyadurai. But later on, Ayyadurai stated that "it was not a formal wedding or marriage but a celebration of their friendship in a spiritual ceremony with close friends and her family."

Fran Drescher was diagnosed with uterine cancer in 2000 and was admitted to Cedars Sinai Hospital in Los Angeles. Before the diagnosis, she went to eight doctors in two years, but all of them misdiagnosed. For the treatment of the disease, she has to undergo an immediate radical hysterectomy.

She has shared about her experiences in her book named Cancer Schmancer to aware people for early warning signs of cancer. She said,

I was going to learn what I needed to learn, ask questions, become partners with my doctor instead of having some kind of parent/child relationship.

In the seventh anniversary of her operation on June 21, 2007, she launched the Cancer Schmancer Movement (a non-profit organization) which helps to ensure all women's cancers should be diagnosed in a most curable stage.