Fox News' Contributor Guy Benson Admits He is Gay; Who is He Dating Now? 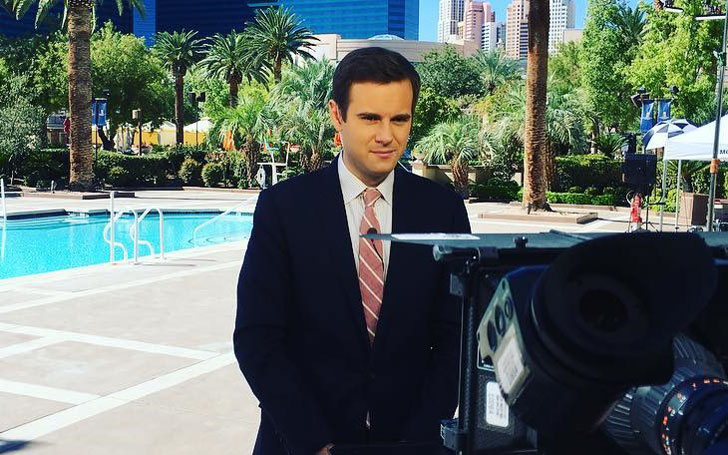 LGBTQ issues are a burning topic globally. While some take it naturally, others seem to hesitate to accept that people have sexual orientation beyond heterosexuality. While we are on the topic, let's get on with the Fox News' Guy Benson who came out as gay back in 2015 saying he doesn't care much for gay rights, is he dating anyone.

Is the American commentator Benson dating anyone? What is his current relationship? We have all the answers here.

Thirty-two years old political editor of Townhall.com, Guy Benson, is openly gay. He revealed his sexual orientation in May 2015 just before publishing his new book, End of Discussion: How the Left's Outrage Industry Shuts Down Debate, Manipulates Voters, and Makes America Less Free (and Fun),  which was co-authored by fellow Fox contributor, Mary Katharine Ham. He wrote in the book,

However, the book is not about gay issues. In an interview with buzzfeed.com on 4 May 2015, the FOX News contributor said:

“Gay rights is not something that dominates my attentions — or my passions — and that may seem incongruous, that may seem counterintuitive to a lot of people,”

“but the issues that I care about most undergird the reasons why I’m a conservative and have been forever and will be a conservative moving forward.”

Talking about gay marriage, Benson said gay marriage wouldn't affect straight marriage. He also shared that many gays have been treated unfairly for generations. He added:

"I don’t think that coming to a point of social harmony and then pushing further in this almost vengeful, ‘Let’s get ‘em,’ hounding people out of jobs … [I]t’s not productive, it’s not good for the country.”

Benson also called the gay issue as a real obstacle and added there is not a quick fix for it.

Fox News commentator Guy Benson tied the know with his boyfriend Adam Wise, on 10th Sep 2019. The couple wedded in a romantic ceremony held at the Charles Krug Winery in Napa Valley, California in front of about 150 of their closest friends and families.

The couple first met in 2015 and became engaged in 2018. The couple dated for nearly four years before they married. As of now, Guy lives in Washington D.C. with his spouse Adam.

Guy Benson, even though, has come out as gay, hasn't come open about his love affairs. He doesn't seem to be dating anyone officially. Benson is currently pretty busy with his career, however, he could very well be dating someone in private!

Guy Benson does frequently appears on his social media with his male friends. On his post on Instagram on 17 March 2017, Benson appeared with a guy and he shared they are very close to each other. Could THIS be his boyfriend?

Many of Benson's followers were confused if he was dating the man on the picture. One of the fans even commented "Cute couple" on the post. However, Benson hasn't confirmed his relationship with this guy.