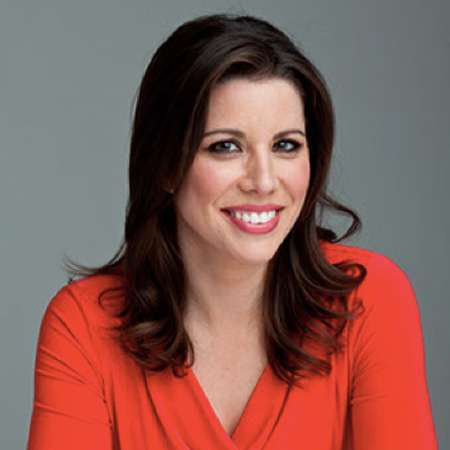 Mary Katherine Ham is an American journalist and conservative commentator currently, working as an editor at large at Hot Air, a conservative American political blog along with Allah pundit, Ed Morrissey, Erika Johnson, and Jazz Shaw. She is also a contributing editor to the Townhall Magazine as well as a CNN contributor. She left Fox news and joined CNN on March 1st, 2016.

Mary Katharine Ham was born on April 5, 1980, in Montgomery, Alabama and was raised in Durham, North Carolina. She is currently residing in Virginia.

She received her high school education from Riverside High School and graduated from there in 1998. She then joined the University of Georgia and graduated in 2002 with a Bachelor of Arts degree in Journalism.  Her inspiration to become a journalist was her father, Jon Ham, who was also a journalist and a blogger.

Mary Katharine Ham started her career by writing for the Richmond County Daily Journal, a newspaper published by published by Heartland Publications. She was also the columnist and managing editor for Townhall.com as well as the writer for The Washington Examiner.

Mary Katharine did a video blog series for Townhall.com called HamNation, which won her a Golden Dot award for Best Vlog of 2006 from the Institute for Politics, Democracy & the Internet. Her HamNation video, “Sopranos DC”, was voted "Video of the Year" in the 2007 Weblog Awards. The series ended in June 2008.

Mary Katharine, until 2012, was a host of the Morning Majority on WMAL in Washington, D.C. She has written for The Daily Caller and The Weekly Standard. She has also worked a paid contributor on the Fox News Channel, regularly appearing on Bill O'Reilly's Fox News Channel program, The O'Reilly Factor, usually with Juan Williams.

She has also appeared as a guest panelist on Fox's late-night satire show Red Eye w/ Greg Gutfeld and a guest co-host on The View on February 4, 2014. Ham describes her political leaning as "primarily fiscal- and security-conscious conservative".

Mary Katharine is currently a Senior Writer at The Federalist, covering politics, culture, and some sports. She is also an editor at large at Hot Air, Townhall Magazine, and a CNN contributor.

Mary Katharine Ham's net worth is expected to be around $1 million at present. She has earned a decent amount of salary from her career.

She worked as a columnist and managing editor for Townhall.com, where she wrote for the Richmond County Daily Journal.

Her video blog series for Townhall.com, HamNation, won a Golden Dot award for Best Vlog of 2006 from the Institute for Politics, Democracy & the Internet and her HamNation video, "Sopranos DC," was voted "Video of the Year" in the 2007 Weblog Awards. The series ended in June 2008.

In 2011, Mary Katharine got married to Jake Brewer. He was a White House aide and a co-founder of the immigration activist group, Define American. Two years later, in 2013, Ham and Brewer had their first child, a girl. Her husband, unfortunately, got into a bicycle accident and died from sustained injuries in September of 2015.  He was struck by a car during a charity bike race in Maryland.

Mary Katharine gave birth to a second child in late 2015 and named her second daughter Garnet J. Brewer in honor of her husband. Ham’s supporters raised more than $400,000 for the family after Brewer’s death. She climbed Kilimanjaro on her honeymoon and hopes to add more mountains to the list with a toddler in tow.