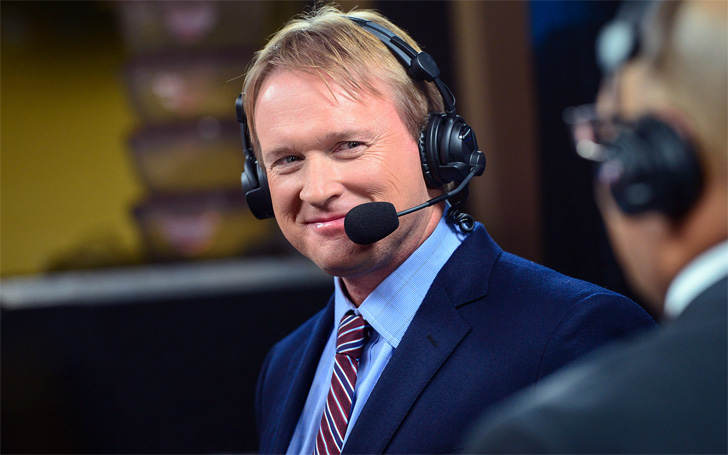 Once the youngest NFL head coach ever to win a Super Bowl, Jon Gruden, is a happily married man. Gruden has been married to Cindy Gruden for 26 years now.

Who Is Jon Gruden's Wife? Details About His Married Life

Who says being in football can keep you from being a  family man? Just look at Jon Gruden! He has been married to Cindy Gruden since 1991 and is living a perfectly happy married life with their three children. Gruden's wife Cindy is a former Tennessee cheerleader. Cheerleader and the coach, now that's a pair!

The couple's three children are all boys; Deuce Gruden, Michael Gruden, Jayson Gruden. Their son Deuce is an American football running back.

Despite being married for around 27 years, Mr. and Mrs. Gruden has maintained their married life details quite private.

We do know that Cindy has been a supportive wife to Jon in all those years. She attends several events together with him. The couple currently resides in Tampa, Florida.

How Did Jon Gruden Meet His Wife, Cindy Gruden?

Jon first met his then-future wife Cindy at the University of Tennessee. Back then, Cindy was a Tennessee cheerleader whereas now Monday Night Football announcer and analyst for ESPN was a part of the Tennessee football program.

After dating for some time, Jon pooped the question with a $1,800 worth ring, the mother of three revealed in an interview on sfgate.com back in 2001. She said:

I know we decided to go out and get a ring one night after a game in San Francisco. I flew out to see him, and we decided to get the ring. We didn't even check out the jeweler. It must have been in Palo Alto.

He used to try to impress me with that 'X-Y jet scramble' football talk. You know how he is. He is so full of bull. He just loves to spin a story. I always knew he was headed somewhere. He worked so hard. He had his act together, which was rare at that early age.

She also shared they didn't have enough money at the time. However, her husband was a responsible man and wanted to have a full coaching job before they get married.

Jon Gruden is a proud father of three sons named Michael Gruden, Hayson Gruden, and Deuce Gruden. He is dedicated and responsible when it comes to his sons' careers and life. Along with his doting wife, Gruden has been sharing the blissful married for the past few years.

He became part of Carrollwood Day in 2010 and served as a volunteer offensive line assistant when his son Deuce was on the team.

Gruden decided to become a volunteer coach at Carrollwood Day School in Tampa, Florida to support his youngest son, Jayson in 2015.  Jayson was a freshman at the time. It just goes on to show how dedicated Jon Gruden is as a father.