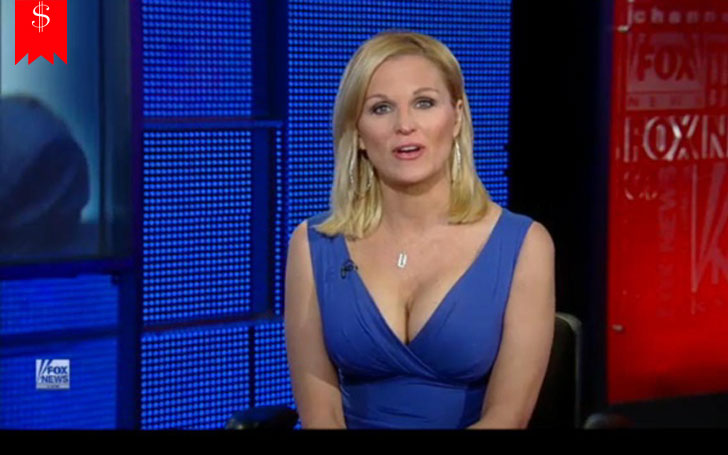 Juliet who joined Fox in 1998 left the network after 18 years of service in September 2017. Why did the former Fox host leave FNC? How much has she earned? We have all answers here.

How Much Is The Net Worth of former Fox News anchor Juliet Huddy?

Forty-eight-year-old Juliet Huddy has made a hefty amount of money from her career as a television news anchor. Huddy's estimated net-worth is around $2 Million,  according to celebritynetworth.com.

The credit to her impressive net-worth goes to her successful career as a television news anchor in different news networks. The journalist who began her career as a reporter and producer for the morning newscast in Columbia, Missouri was hired by Fox News as a reporter in Miami in March 1998.

According to some online sources, her salary at Fox News was around $82K per year. After Miami, she was transferred to New York as a rotating co-host of Fox and Friends First. She also served as a co-host of Fox & Friends Weekend.

Before FOX, Huddy worked for several other networks. She served at a network owned by her parents in Ventura, California. During her service in the station, she also received several ADDY awards.

Juliet Huddy has also been on television programs including The Morning Show with Mike & Juliet, Red Eye w/ Tom Shillue, The O'Reilly Factor, and Fox and Friends.

Huddy left the FOX News after 18 years of service in September 2017 revealing Bill O’Reilly tried to derail her career after she refused his sexual approaches. At the time, she used to co-host the early morning show Good Day Wake Up on Fox's WNYW in New York.

Just after Juliet broke her silence against the sexual harassment on the show Megyn Kelly Today, Fox News fired her brother John Huddy who was a Fox News correspondent. Fox News made the announcement with the statement:

Following a thorough investigation into a physical altercation earlier this month, Fox News made the decision to sever ties with Jerusalem-based correspondent John Huddy. The network’s investigation concluded last week, and due to observation of the Sabbath on Friday, terminated Huddy’s employment this morning.

Journalist Huddy's lifestyle is no less than for other celebrities. She owns a beautiful house in New York City where she resides with her family. She spends money on her family and traveling.

If her Instagram is to be trusted, we can say she loves visiting new places and attending parties and nightclubs. With such a huge net-worth, Huddy sure lives a lavish lifestyle.