Flip or Flop star Christina El Moussa Breakups With Boyfriend Doug Spedding- Reason Reavealed! Is It Tarek El Moussa, Are They Back Together? 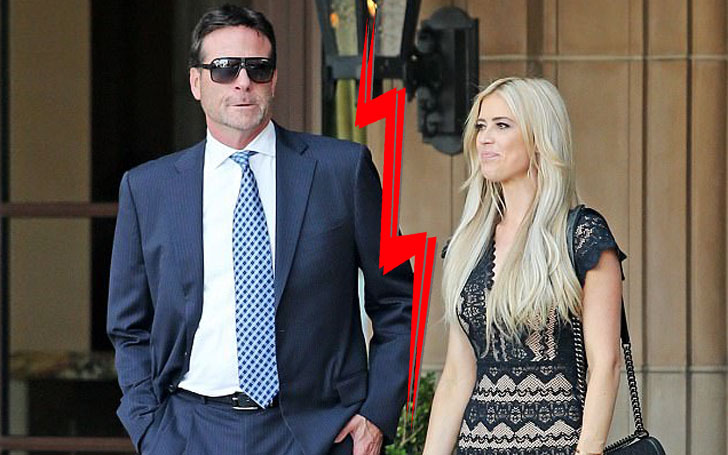 The 35-year-old Flip or Flop star, Christina El Moussa, has called it quits with her boyfriend, Doug Spedding after he had to enter a Rehab. Spedding entering rehab is not the reason for the split though.

They started dating earlier this year, in July, however, Christina and Spedding could not make their relationship work for a longer period of time. They were spotted kissing and being cozy in public several times, seems like not all that glitters is gold!

Christina El Moussa was dating Spedding amidst her divorce from Tarek El Moussa. And, all the while Tarek El Moussa was going through a lot of health issues and recovering. Now, the El Moussas have started working together on the show after their divorce, could that be the reason for Christina's split with Doug Spedding?

Here's Why Christina El Moussa Called It Quits With Her Boyfriend, Doug Spedding

Christina El Moussa has ended her 3-month-long relationship with Doug Spedding, the split came right after he entered in-patient rehab for addiction issues. However, that doesn't seem to be the reason for the split.

Reportedly, her former beau, Doug Spedding was found cheating on her.

Apparently, Doug was found cheating on Christina. Spedding was meeting up with his ex-girlfriend behind her back and looks like she was waiting to catch him in the act.

Surprisingly enough, most sources report that even though they broke up, El Moussa fully supports Doug.

In the words of the informer:

Doug has had a huge history of drug and alcohol abuse, and Christina was warned when they first started dating, It has gotten pretty bad this past month and Christina's friends urged her to end the relationship.

Despite the circumstances, Christina has remained supportive of her now ex-boyfriend and is still in contact with him during his recovery period.

There were speculations that Doug might have been the reason for Christina El Moussa's split from her former husband Tarek El Moussa. The two were apparently a couple a decade ago who reunited after Christina's marriage.

So was that the real reason for Christina to divorce her husband?

Christina and Tarek separated their ways after a bizarre incident involving a gun. So, certainly, Doug wasn't the reason.

In one of her interviews with PEOPLE, she said that like every couple they have challenges in their marriages too and gave “irreconcilable differences", as the reason for their separation.

Upon the divorce, Christina requested for the joint legal and physical custody of their two children: daughter Taylor, 6, and son Brayden, 2.