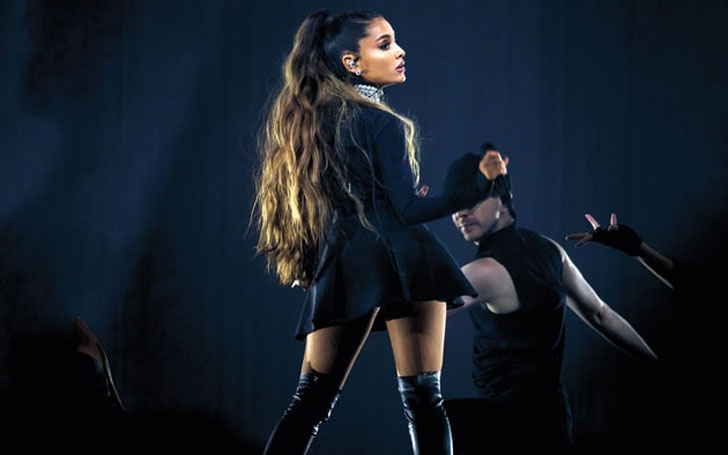 The gorgeous American singer and actress Ariana Grande has celebrated her 24th birthday recently. The June 26, 1993-born actress celebrated her birthday with her boyfriend Mac Miller on Monday.

A lot of her fans and friends including her beau wished her a very happy birthday. Mac Miller's special comments on her Birthday attracted a lot of fans' attentions. We have the full details here.

You know your boyfriend is a keeper when he wishes you first on your birthday. Just like Mac Miller wished Ariana Grande first on her birthday. Mac Miller posted an adorable picture of the couple captioning:

Happy Birthday to this adorable pure soul who has reminded me what being happy feels like. Thank you for loving me so good. I think it's supposed to be "so well" but I don't care. I love you and can't wait for all of the adventures.

Her father Joan Grande also includes him in the list of the person wishing her. Joan took to his Twitter to felicitate his daughter on reaching 24.

Happy Birthday to my fabulous daughter @ArianaGrande ...so so so proud to be your mama!! I love you!! #HappyBirthdayAriana

There were a lot of well-wishes on her birthday from lots of her celebrity friends like Major Lazer, Sabrina Carpenter, among others.

1. Ariana is Afraid of Height

Very few of her fans might be aware of the fact that height frightens the pop star. She has also mentioned in an interview that she is terrified of any heights. On the other hand, she also said that she loves riding a roller coaster.

2. She has all Women Favorite Artists

Upon hearing the fact some might call it a biased point of view but it's the truth. When she was asked about her favorite artist she said that her favorite musical artists are Imogen Heap, India Arie, and Madonna; no men were included.

Grande has frequently said that she loves animals more than humans, so we don't think it would shock any of her fans to know that she's a vegan. She said in an interview, she believes in eating a plant-based diet and when she's out, she eats "Veggies, fruit, and salad."

Besides being a well-established pop star, Ariana Grande is also an ardent fan of hockey. She used to attend a lot of hockey games; in fact, she was a great fan of Florida Panthers.

5.   Ariana has an Exclusive Record

Dangerous Woman singer  Ariana is the only female artist to have first two albums debut at number one since 2010. The last lady to earn this honor was Susan Boyle. Also, these two ladies including LeAnn Rimes are the only artists to have more than one best-selling album in less than a year.