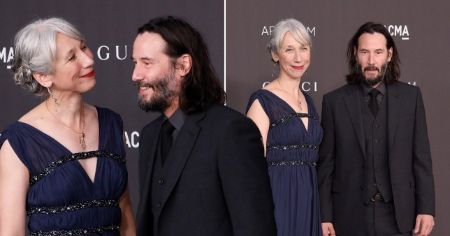 Alexandra Grant has recently become a talk of the town after a relationship rumor was surfaced with actor Keanu Reeves.

So, are the two really dating? Here' are five interesting facts about Keanu Reeves' rumored girlfriend. Stay tuned to us.

1) Alexander Grant is a Visual Artist

Alexandra Grant is a visual artist by profession and she examines language and written texts through drawing, painting, video, sculpture and many more.

She has graduated with a BA in history and studio art from Swarthmore College and with an MFA in drawing and painting from San Francisco's California College of the Arts.

At one of her recent art opening, Reeves was present, and at the event, she introduced him to people.

The two were not openly affectionate and were not looked like a couple at the time. An insider said at the time, "They’re low-key and cool."

2) Collaborated with Keanu Reeves on Book "Ode to Happiness"

Keanu Reeves, despite being an actor, has published two books in his life. In 2011, he wrote and published Ode to Happiness and reports suggest that he collaborated with Alexandra Grant on the book.

Ode to Happiness was a grown-up's picture book and a reminder not to take anyone too seriously. Alexandra had also collaborated with Reeves on his 2015 book, Shadows.

In 2017, the two founded a small publishing company, X Artists' Books, which is also known as XAB.

Alexandra Grant first met actor Keanu Reeves at a dinner party in 2009 and they became friends. The two eventually started collaborating on books together.

Actor Reeves is known for his role in many blockbuster films such as Bill and Ted franchise, Point Break, Speed, the John Wick franchise, The Devil's Advocate, Constantine and The Matrix.

The dating rumors of Alexandra Grant, 46, with Point Break star Keanu Reeves, 55, surfaced after the pair attended the LACMA Art + Film Gala Presented by Gucci in Los Angeles together.

The alleged couple was holding hands while walking on the red carpet and they looked head over heels in love at the event. 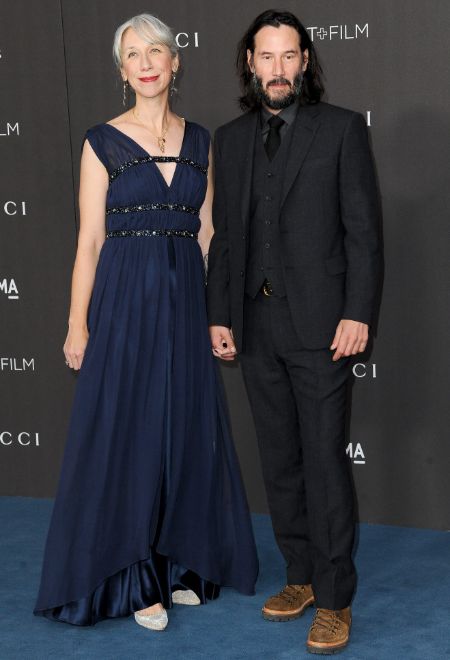 5) Previously Was a Teacher

Before starting a career as a visual artist, Alexandra Grant was working as a teacher. In 2010, she taught an MFA seminar at Cal State Northridge.

She then worked as an adjunct professor at Art Center College of Design in Pasadena, California, from 2009 to 2011.

From 2013 to 2014, she worked as a mentor in the Pacific Northwest College of Art's Distance MFA program.

Later in 2015, Alexandra taught the MFA program at Syracuse University and Ashesi University in Accra, Ghana.