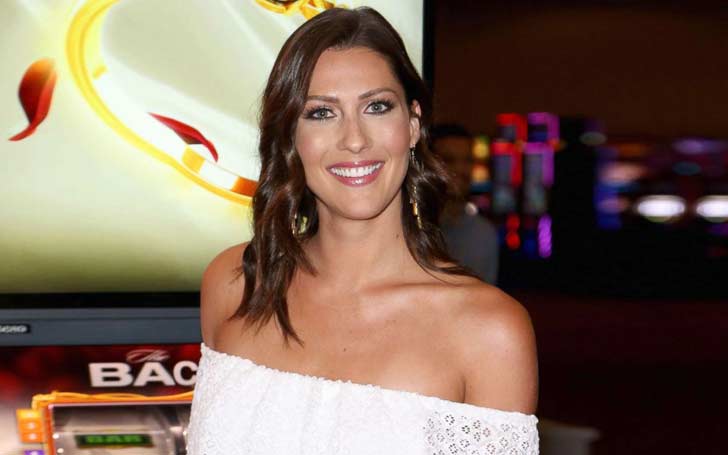 After getting heartbroken in March when Arie Luyendyk broke up with Becca Kulfrin on live TV only months after he claimed to spend the rest of his life with her, it seemed fitting for Becca's fans that this reality star would be the next Bachelorette. And so it turned out, Becca Kufrin is indeed the new Bachelorette, and this time it's her turn to choose from an abundance of men in her effort to find love again.

This rising TV personality who won the hearts of many is willing to take another leap of faith to find her soulmate again, but this time on her terms. The new season of the eagerly awaited ABC reality love competition kicked off on 28th March and here are five facts about the new bachelorette Kufrin to gear you up for the show.

Kulfrin is not just an impressive TV personality but is a brilliant student as well. She graduated from Minnesota State University in 2012 with a Bachelor's degree in Mass Communications Science with a superb score of 3.795.

During her college years, the new Bachelorette was involved in the Public Relations Student Society of America and the Golden Key International Honor Society. 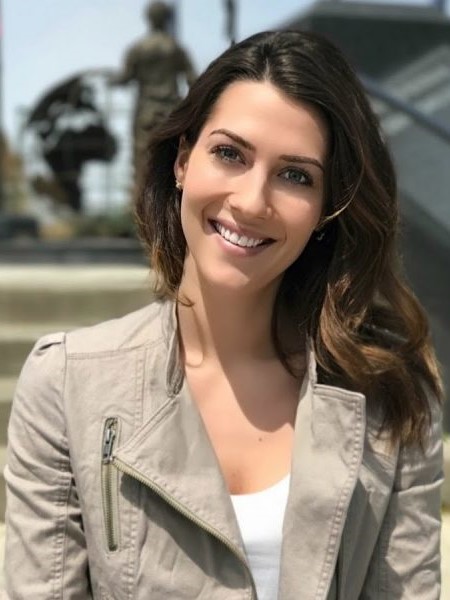 She did not just earn her degree; she made use of it to claim a position as an Account Executive with Skyya, a technology public relations organization. Remarkably, Kulfrin gained promotion to senior account executive in 2014. She is a living example of beauty with brains.

4. Her Father Died Of Brain Cancer When She Was 19 Years Old

Everybody on The Bachelor seems to carry a story, and some tend to be more tragic than the other. The new Bachelorette Becca Kufrin is one of them whose dad, Steve Kufrin, passed away before she went on the show.

Not a day goes by that I don't think about the angel that is Steven Karl (with a K) Kufrin. He gets the Father-of-a-Lifetime award for putting up with me between the ages of 3-17. Happy Father's Day to the most suave man this side of the Mississippi has ever seen (see slide 2 for reference)

She revealed during a one-on-one date with Arie how her dad was diagnosed with glioblastoma brain cancer when she was just 14. In fact, she finds herself and her family lucky that her father lived for five years after the diagnosis which is usually a long time for brain cancer patients.

Even from that short conversation, we could easily make out how much Becca cared for her father and how dearly she misses him.

3. Her Mother Is A Breast Cancer Survivor

Becca's mother, Jill Kufrin, served as a teacher at Grainwood Elementary in Prior Lake where the family still resides. In 2015, Jill got diagnosed with breast cancer. The potential tragedy could not have compounded worse in Kufrin's life after losing her father through cancer itself 6 years earlier.

Luckily for the new Bachelorette, her mom turned out fine after undergoing two surgeries and months of treatment.

This beautiful soul never ceases to amaze me. She has endured two major surgeries in the past couple weeks, countless appointments with surgeons and oncologists, and continually deals with uncertainties that come holding cancer's hand. And yet she has shown more strength, grace and positivity than most people will ever have in an entire lifetime. This picture was taken just two days after her initial surgery and captures her spirit radiantly. Here's to my momma bear, best friend, and my #WCW today and everyday. #fcancer #breastcancerawareness

Jill appears to be a very supportive and caring mother as observed on the show. Becca too reciprocates her immense love for her mother. She has shared numerous mother-daughter moments on her Instagram which shows how close the two are as a parent and a child.

2. She Had Trouble With The Law As A Teenager

There's no doubt that Becca enjoys having a glass of wine or two. She is very open about her love for wine. However, in 2009 the TV star was busted for "underage consumption." Becca pled guilty to the misconduct and subsequently was ordered to pay at least $431 in fines.

Here's to my rock. The one who is there for me through thick and thin. The wind beneath my wings. The one who makes me feel invincible and sets my soul on fire. For better or worse. Till death do us part. #happyvalentinesday #wineismyvalentine 4 lyfe

Since this reality star is not underage anymore, she probably feels she can enjoy it to the fullest. She displays no hesitation to show it on social media.

Kufrin is a tattoo lover and got several tattoos on her body. There's one on her wrist that reads 'Psalm 6:12'. This is from the Bible which says: "From the end of the earth I call to You when my heart is faint; Lead me to the rock that is higher than I." This might be in honor of her late father.

Palm reading was going well until I was told my love lines are basically nonexistent. #allthewomenwhoareindependent #throwyourhandsupatme

Besides the obvious tattoo, Becca revealed on her Instagram; the renowned TV personality has three other tattoos: a bee on her left wrist, as well as the initials SKK and a heart on her foot.