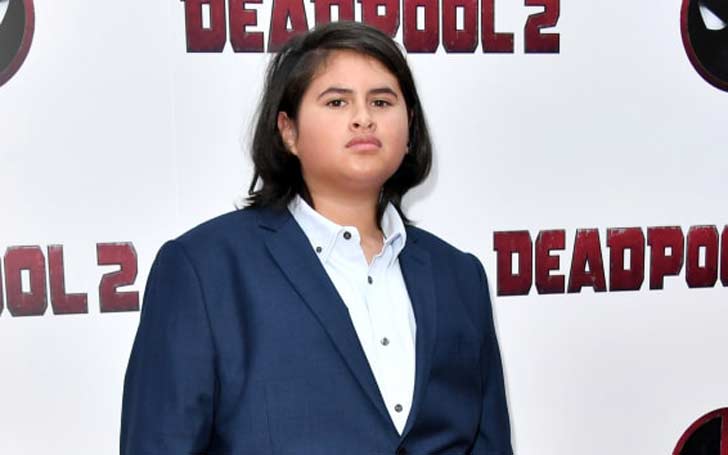 Deadpool 2 is ruling the box office since its release on May 10 and the movie, as well as the characters, are winning the hearts of millions. The film has introduced few great characters in its sequel and one of them is Russell Collins aka Firefist played by 16-year-old actor Julian Dennison.

So, who is Julian Dennison? If you are one of those crazy firefist fans then this article is for you. Stay with us to know more about your favorite actor.

1. Julian Dennison is a NewZealand born and is of Maori descent

For those of you who don't know, Julian was born and raised in Lower Hutt, New Zealand and is of Maori descent who are the indigenous Polynesian people and is from the tribe Ngati Haua.

He has a twin brother named Christian and is one of the four children of his family.

2. He Was Not Allowed To Watch Uncensored Deadpool 2 Because Of His Age

Well, the actor is still underage to watch an adult movie. Julian has a major role in the movie Deadpool 2 as a mutant superhero Russell Collins aka Firefist working alongside Ryan Reynolds and Josh Brolin. But because of his age, he was not allowed to watch the uncensored version.

He is a huge fan of Marvel movies and was a bit disappointed because of the age restriction. He, however, watched the censored version.

In an interview with Conan, he says he loved the movie so much that he watched it thrice.

The young chubby guy is a great actor. His first movie was Shopping as Solomon for which he won New Zealand Film Award for Best Supporting Actor.

CAPTION: Julian in the movie Hunt for the Wilderpeople SOURCE: RadioNZ

Not only that, his movie Hunt for the Wilderpeople, the highest-grossing New Zealand film in the history where he portrayed the character of Ricky Baker for which he won the New Zealand Award 2017 for Best Actor.

Julian starred in the movie Deadpool 2 alongside Ryan Reynolds and according to Dennison, he was not a big fan of Reynolds.

In an interview, he said he was not a big fan of Ryan at first-he has watched his movies and stuff but was not his favorite actor. He said:

"I saw his movies, I would not say I was a fan. Like you know like there was Green Lantern was a really ummmm great movie. He is super nice guy, really cool to work with, amazing family, yeah super nice person...that's cause he is gonna watch this show."

The talented actor hunts for not just one but two Oscars.  Yes, the actor is wishing to win two Oscars as he said in an interview.

"I really wanna get two Oscars, one for my bedroom when I wake up I can give it a little kiss and one for my bathroom to stare at it when I got to do my thing"

The actor is dreaming of big things already.  Will he be able to acquire his dream in the near future? Let us wait and watch.