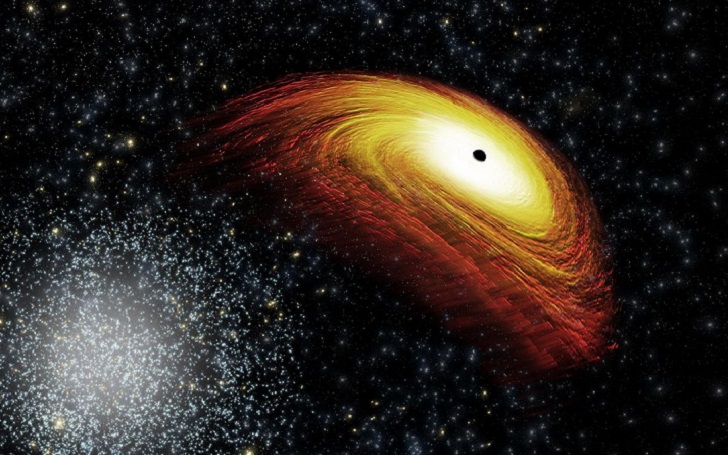 After Years Of Hard Work And Struggle, Astronomers Have Finally Become Able To Capture An Image Of An Unobservable, Black Hole, A Cosmic Abyss So Dense And Deep That Even The Light Cannot Escape It.

For several years and all supporting scientific pieces of evidence, black holes have always been a fascinating thing for all. It has remained marooned in the imaginations of the artists and algorithms of splashy computer models of the type used in Christopher Nolan’s outer space epic “Interstellar.” Now, all those imaginations and visions are more real than ever.

An astronomer, Shep Doeleman at the Harvard-Smithsonian Center for Astrophysics and director of an effort to capture the image announced that we have been able to see what we thought was unseeable during a news conference in Washington, D.C.

Astronomers have finally become successful in capturing the first-ever image of a black hole. The photo shows a halo of gas and dust tracing the outline of a colossal black hole at the heart of Messier 87 galaxy which is 55m light years far from Earth.

The Event Horizon Telescope (EHT) network of eight radio telescopes that spanning from Antarctica to Spain and Chile involving more than 200 scientists captured the image.

The picture gives the first ever direct glimpse of black hole’s accretion disc with a fuzzy doughnut-shaped ring of dust and gas that steadily feeds the monster within.

Twenty-nine years old computer scientist Katie Bouman has earned worldwide praise for helping to develop the algorithm that made the first-ever image of a black hole possible.