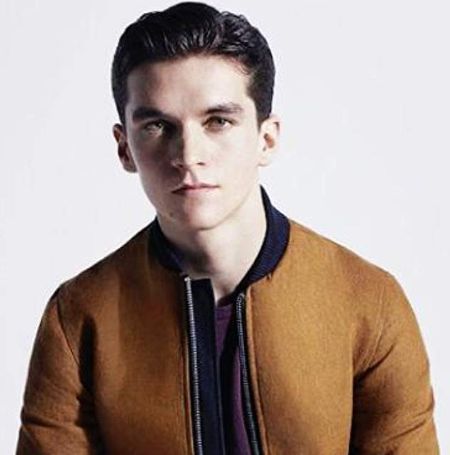 English actor Fionn Whitehead gained fame for portraying the lead role of Tommy in Dunkirk. For his role in Dunkirk, he was nominated in Empire Award and London Critics Circle Film Awards. His other major film roles came in The Children Act, Roads, and Port Authority.

Fionn Whitehead was born on 18th July 1997 in Richmond, London, the United Kingdom, under the birth sign of Cancer. He belongs to white ethnicity and holds Britsih nationality.

As for his educational background, he went to Orleans Park School. After completing school education, he went to Richmond College. While he was in college, he also went to the National Youth Theatre for acting.

The 22-year-old actor started his acting career in 2016. Within a short span of his career, Fionn has successfully ama s sed a great fanbase and has earned a good amount as well. As of 2019, his net worth is estimated at $2 million. 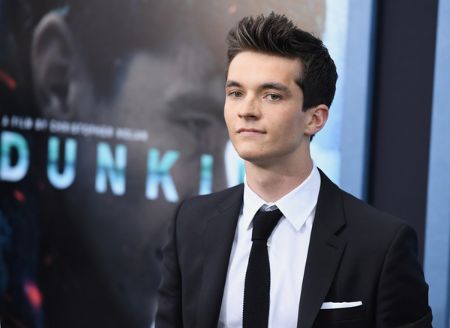 Fionn Whitehead at the premiere of Dunkirk at New York SOURCE: Getty Image

Fionn Whitehead has earned his net worth primarily from his acting career. He worked in the 2017's hit Dunkirk, which collected $526.9 million with just $150 million budget. Being a cast of the film, Whitehead is believed to have earned well from that.

Rise To Fame From Dunkirk

Fionn worked at a coffee shop in Waterloo before he made his debut in acting. He landed his first role in television miniseries Him in 2016. Later, he got his breakthrough role as a lead protagonist Tommy in Christopher Nolan's Dunkirk. His role earned him the nominations in Empire Awards and London Critics Circle Film Awards in 2018.

In Dunkirk, Whitehead shared a screen with high profile celebrities like Cillian Murphy, Mark Rylance, and Tom Hardy. The same year, he shared worked alongside Emma Thompson and Stanley Tucci in The Children Act. In 2018 he appeared in anthology series Black Mirror. 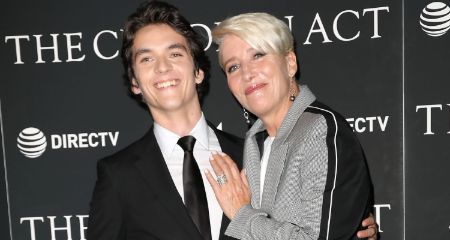 Fionn Whitehead and Emma Thompson at the premiere of The Children Act in New York SOURCE: Getty Image

In 2019, Whitehead appeared in the main role in movies like Road and Port Authority. His future projects include Don't Tell a Soul, Voyagers, and The Duke, which will be released in 2020.

Fionn Whitehead is living a single life. He has just started his acting career, so he might be focusing on taking his career to a new height. Moreover, the 22-year-old actor might be taking his time getting into a romantic relationship.

The 5 feet 9 inches tall actor is not active on social media that has kept all of his personal information far from his fans and the media.