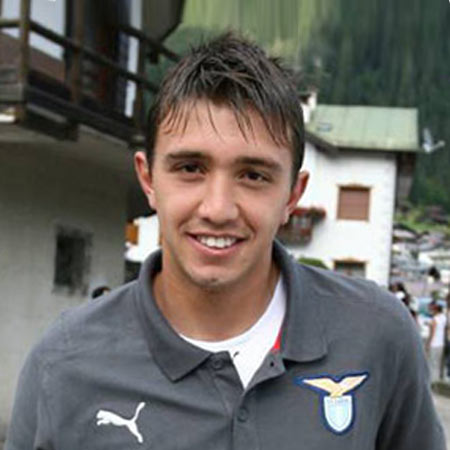 Nestor Fernando Muslera Micol better known as Fernando Muslera is an Uruguayan footballer who plays goalkeeper in his current team Galatasaray and his nation Uruguay as well. He plays with Jersey No.21.FFHS recognized him as the sixth best goalkeeper in the world in 2011 and seventh in 2010. He was born on 16 June 1986 in Buenos Aires, Argentina.

Fernando Muslera was born on 16 June 1986 in  Buenos Aires, Argentina, under the birth sign Gemini.

Mulser’a professional football career started with Montevideo Wanderers. He was taken on loan by Uruguayan major club Nacional and he doing great performances attracted international attention. He was signed by European club Lazio in August 2007.

The transfer fee was about 3 million Euros. Muslera played his first match for Lazio against Cagliari on 16 September 2007. Lazio won the match with a score of 3-1. But also showed a very poor performance in a match against Milan on 7 October and Lazio lost 1-5. Muslera was at the fault for four out of five goals Milan netted against Lazio.

He remained a second choice after this for the remainder of the season and was given no appearances in UEFA Champions League. However, he got to play in all of Lazio’s remaining Coppa Italia matches and performed better as well.

He became the second choice over Juan Pablo for the 2008-09 season. But he got back his starting position in January 2009.  He showed good performances in coming matches and regained his lost status among Lazio’s fans. He is known to the Lazio’s fans as Castorino meaning ‘little beaver’.

He helped his team to Coppa Italia as he made brilliant saves against Milan and Juventus.  He then became the club’s first choice. Galatasaray signed Fernando Muslera from Lazio on 19 July 2011. The transfer fee was large as Montevideo Wanderers still owned 50%of his playing rights.

During the 2012-13 season, he was the first choice for Galatasaray. He made his first UEFA Championship league debut against Manchester United at Old Trafford. Out of 34 league matches with Galatasaray, he played 33 of them.

Despite being called for Uruguayan national team on various occasional matches, he earned his first international cap only on 10 October 2009. On 11 June 2010, he made his first FIFA World Cup debut in a match against France. He also became Uruguay’s first choice goalkeeper at the 2011 Copa America which was held in Argentina, Uruguay won the title after defeating Paraguay 3-0 in the finals.

Fernando has a salary of 2 million Euros and market value of 16,000,000 Euros. He wears a No.25 shirt playing for his current team Galatasaray.

Muslera is seen with his girlfriend Almeda Abazi on various occasions and many photos of them together can be found on the internet.  Fernando is a very string built goalie with a height of 1.9 m and an accompanying weight of 84 kg.