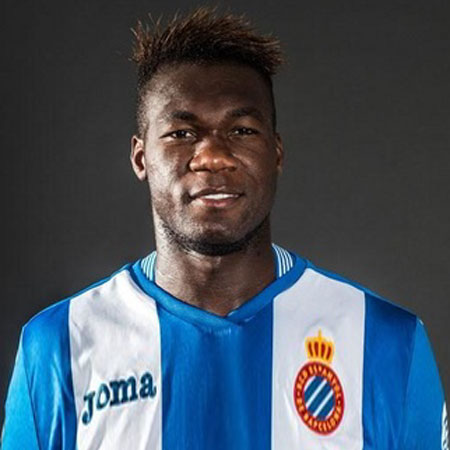 Felipe Salvador Caicedo Corozo is commonly known as Felipo Caicedo. He was born on 5 September 1988. He is an Ecuador international footballer. He plays as striker for his Current Team Al-Jazira and nation Ecuador. He wears No.10 shirt. This UAE Arabian Gulf League forward is widely recognized for his strike power and accuracy. He has participated with Ecuador at the Copa American for the years 2007 and 2011.

Caicedo started his youth career from Barcelona SC where he spent couple of years. He then moved to Rocafuerte. This youth talent was spotted by Swish scouts and he was unveiled by Swiss Super League side FC Basel at the price around 330 thousand Euros. He made 45 appearances and scored 11 goals before moving to English Premier League side Manchester City. He scored 5 goals in 27 matches for the club. He was signed by the club for the transfer fee of 5.2 million GBP. His sale recorded one of the highest transfers in the history of Swiss League. He made his debut for the club in the match against arch-rivals Manchester United on 10 February 2008. They won the match 2-1. His first goal for the club in an UEFA Cup match played against Racing de Santander. He scored 5 goals in 27 matches for the club.

Caicedo was loaned out to Sporting Clube de Portugal in 23 July 2009. Caicedo made debut for the Portuguese side on 22 August 2009 in match against Braga which they lost 2-1. In his loan spell at Clube de Portugal, he made 7 appearances but failed to score. Upon his return, he was loaned out to Spanish club Malaga. He was signed on loan by Malaga on 8 January 2010. His first goal for the Spanish side came off in the match against Racing de Santander on 14 February 2010 through which his side won 3-0. He made 18 appearances and 4 goals for the club. He was then loaned out to Levante. For this Spanish club, he contributed with seven goals in 12 matches. Caicedo was secured by Russian side Lokomotiv Moscow on 25 July 2011. He was signed in for the transfer fee of 7.5 million Euros. He scored 11 goals in 52 appearances for the club. He was then signed by UAE based club on January 2014 at an undisclosed fee. He has scored 3 goals so far in 6 appearances.

Felipe Caicedo has represented his nations in number of International tournaments. He was part of Ecuador squad of 2007 and 2011 Copa America. He has scored 15 goals in 48 matches for his national side.

Caicedo has yet to earn a lot in his name. He was part of Manchester City squad that were Vodacom Challenge Runner-up in 2009.

Felipe Caicedo was born in Guayaquil, Ecuador. He was into football from his early age and was supported well by his parents. Information on his spouse, parents or family life remains undisclosed. This 25 years old striker stands 190 cm tall in height and has weight of 78 kg. He is stronger with his left foot. He has annual salary of 3 million Euros and has net worth of 7.5 million Euros.