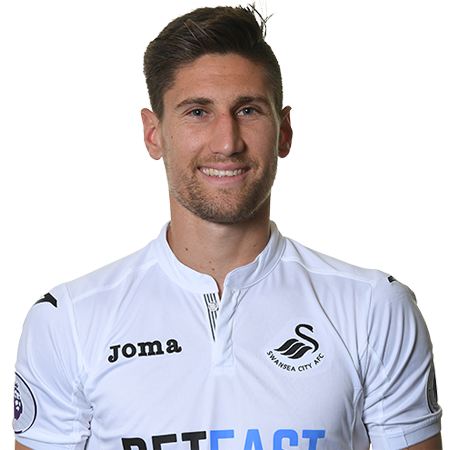 An Argentine Footballer, Federico Fernandez, was born in the year 1989 February 21 at Tres Algarrobos, Argentina. He is 25 years of age and cherishes the height of 190 cm and has the body weight of 83 Kg. He was born and brought up in Argentina. He made his professional debut in the year 2008. According to the Salary statistics of 2012, his Salary is reported to be 400,000 Euros. His Current Market value is 4 million Euros. Twenty Two S.A. is the name of his agent. There is no other information available on the personal life of this player which includes his education, family life or relationship status.

Frederico Fernandez is a young, enthusiastic and energetic Defender. He has strong right foot. He is physically strong having good strength and stamina maintaining the pace and durability in the game. He has good discipline and club loyalty. He has good heading skills and has heading accuracy. He has good positioning in the team. Frederico Fernandez has got good speed in the game. He has got good height which favors him for aerial duels. He likes to play the ball off the ground. He needs to improve on his passing and shooting skills. He is good at tackles. He is good at marking. His sliding and standing tackles are very good. His international reputation is average. His work rate is rated medium. His left foot is quiet good enough for the skill play.

Federico Fernandez made his professional debut from the club Estudiantes in the year 2008. He has appeared in 59 matches with four goal scores. He spent 3 seasons with Estudiates. During his playtime at Estudiates, the club won Copa Liebrtadores in 2009 and Argentina Primera Division in 2010 Apertura. In 2009, he was selected to join in under-20 Argentina National Football Team for the 2009 South American Youth Championship in Venezuela. After the end of the contract with this club, he signed to a Serie A club Napoli in 2010. But he arrived late in Italy due to lack of his European Union passport. He started to appear from Napoli since 2011 and has the contract until 2014. He appeared in 36 matches from the club. In 2013, he was loaned to Getafe. He appeared in 14 matches with a goal score. He helped the club Napoli wins Coppa Italia in two consecutive seasons, 2011-2012, 2013-2014.