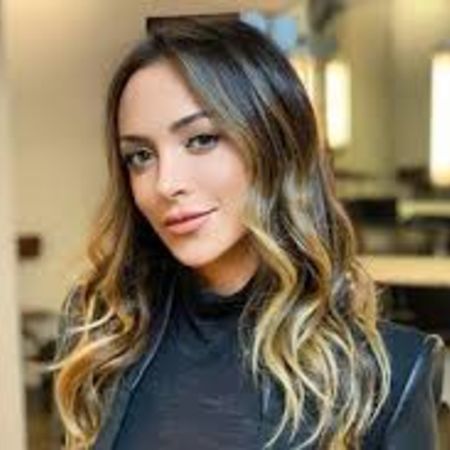 Farrah Aldjufrie is a popular American real estate agent. She joined The Agency as the Director of Client Relations and as of 2020, is one of the founding members of the firm. She was featured in The National Sales and Marketing Council and the Wall Street Journal, Angeleno Magazine. Among people, she is best known as the daughter of The Real Housewives of Beverly Hills actress Kyle Richards.

Farrah Aldjufrie was born on October 31, 1988, in Beverly Hills, California, under the constellation sign Scorpio. She holds American nationality and belongs to the mixed ethnicity.

Farrah's mother, Kyle Richard is an American actress and her father, Guraish Aldjufrie is an Indonesian businessman. Her parents divorced and her mom married real estate agent Mauricio Umansky. Similarly, she has two siblings named Sophia Umansky and Alexia Umansky. She shares a good bond with her stepfather and half-siblings.

Happy Birthday to the most amazing human, dad, stepdad, boss, teacher, leader, mentor, friend... who we love so much @mumansky18

Regarding Aldjufrie's education, she attended New York University. Also, she enrolled at the University of Southern California.

The star kid Farrah began her career as a real estate agent and joined the Umansky Group which is the business of her stepdad, Mauricio. There worked as the leading member of Maurico's next business titled The Agency.

Previously, she served as an Executive Assistant and then worked as the Director of Client Relations. In 2014, she received the Outstanding Rookie of the Year Award and in the following year, she was in the list The Wall Street Journal.

Despite her own identity, Farrah grabbed the spotlight as the daughter of The Real Housewives of Beverly Hills actress Kyle Richards. Similarly, she used to appear on the show along with her sisters. Though she was popular among the public, she does not want to make her career in acting.

Farrah Aldjufrie has not disclosed the exact figure of her earnings. According to some reliable sources, she has a net worth of $1 million, as of 2020.

As per the reports, she had a leading hand in more than $200 million in fortunes of sales as a licensed real estate agent.

Moreover, she collects whooping fortunes from her career. Similarly, Aldjufrie's mother also has a net worth of $50 million. Kyle earns a salary of $270,000 per season from her series The Real Housewives.

Farrah Aldjufrie is not married but is in a romantic relationship with Alex Manos. She is dating an owner of Beverly Hills Car Club in Los Angeles. Similarly, her boyfriend deals with restoring, buying and selling cla s sic cars.

The couple first uploaded their picture together in April 2018 on Farrah's Instagram where they were seen enjoying the Coachella festival along with their friends.

Prior to Manos, the star kid Farrah dated a real estate agent Michael Fogel for a few years.