Facts and Figures of Brooklyn Beckham 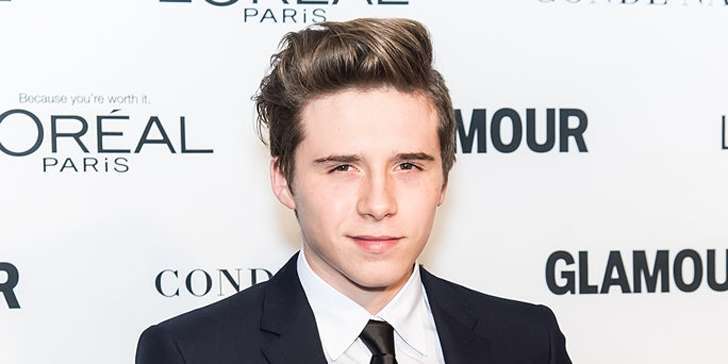 Brooklyn Beckham was born on 4th of March 1999 to David Beckham and Victoria Beckham. He was named after the city of Brooklyn in New York as he was born there while the Spice Girls were touring. He is the eldest of all the four kids of the Beckhams. Brooklyn has grown up in the limelight. He has always been in the media since an early age. Brooklyn has an American accent, as he caught it while growing up in New York. Hen is said to be an enthusiast in surfing and has been spotted a lot of times with his surfboard.

B.Beckham is already following his father's footsteps by getting into Arsenal club for playing football. He has played with his brothers Romeo and Cruz, but he could not make it till the Arsenal Scholarship. Brooklyn is quite a lof times seen making red carpet appearances with his mother Victoria, all those times when David can't make it. He confessed that he gets embarrassed by his famous parents many times. And recently he even spent his 17th birthday away from his family with his friends. Apparently, he also works in a coffee shop, trying to be on his own, and be a little more independent. But father Beckham is not okay with his son trying to live like a normal teenager as he knows that is not possible.

The eldest of the junior Beckham has already set out records for his relationships. He has been spotted a lot of times with Sonia Ben Amar and she is his rumored girlfriend. Well, he has not spoken on the matter yet but the speculations are quite strong that these two hotties are actually a thing! Brooklyn has a height of 5 ft 9 inches and flaunts his brown hair just like his mother but hairstyle like his father. His body measurement or weight is not assured. Brooklyn of age 17, is also a responsible brother, he has been seen many times sporting taking care of his siblings including his little 4-year-old sister, Harper. He is said to be very well with kids since an early age.