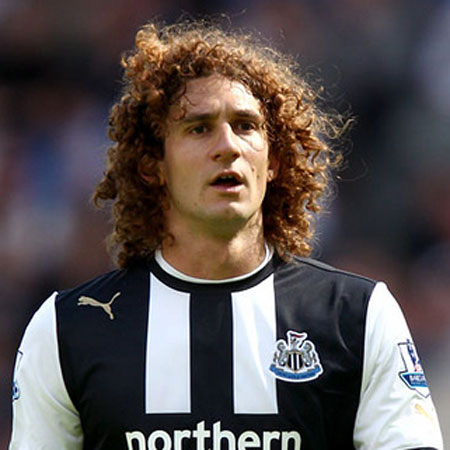 Fabricio Coloccini is an Argentine footballer born on 22 January 1982.His birth place is Córdoba, Argentina. He plays and is been captaining his current team Premier League club Newcastle United as a defender. With the two children, Tiago Coloccini, Augustina Coloccini Fabricio is married to Natalia. He holds an Italaian Passport  because his  ancestry belonged to Italy. He is assigned with the jersey no.3.  At the age of 31 Fabricio is capable of for representing himself with numerous football clubs .He was accomplished at Deportivo La Coruna where he earned his reputation as a top-level Defender. The 31 year old footballer expressed his desire of going back to Argentina for some of his personal reasons.Life in England seemed not so good for the Coloccini family during the earlier period of 2013.His father Osvaldo, played football where he played football and where they had a very good life.

He faced certain difficulties in his life and had a doubt whether he would be able to dine or not. His Journey of life began while travelling at bus, a bus where he was to find out to solve the poverty and adversities of his family tilting into. Every Friday night after school he used to sit on the bus for eight hours where he had to travel from his home in Cordoba all the way to the suburb of Buenos Aires, a 500-mile trip, in order to  get the football coaching.Ramon  Maddoni had sent him to get trained with Argentinos Juniors. He finds himself lucks for having a coach at his young days. He even gave him money for his bus fares to get him back to his home. Training was at five hundred miles away from his residence. Meanwhile he does not consider himself as the best amongst his friends instead he says that he was given chance by Ramon.It is seen he has established home for children named, Mama Silvia because Mama was his  mother and she  always tried to help and  was called Silvia. She always kind-hearted and was grateful which is dedicated to her. Apart from playing football, he loves playing padel,it’s a racket sport similar to tennis. He used to play a lot in Spain and his Nation, Argentina. His relationship with the Newcastle fan is absolutely exclusive and significant.

Coloccini’s career began from the Juniors of Argentinos to those of Boca. Then to Milan, through loan done with San Lorenzo, Alaves, Atletico Madrid and Villarreal. He bonded permanently for Deportivo La Coruna following with two years left of his six-year contract, England, the Premier League and Newcastle United which is a club left at great crisis.